Proving that like the Bourbons the people that constitute the "leadership" of the United States government learn nothing yet forget nothing the Obama Administration has gone to the poo-flinging monkeyhouse technically known as the United States Congress for a new authorization to use military force, this time against the congeries of wanna-be Sunni Muslim theocrats that go by the nickname "Islamic State".

"President Obama asked Congress on Wednesday for new war powers to go after the Islamic State of Iraq and Syria...The president’s request would replace the 2002 legislation that authorized the Iraq War but leaves in place a very broadly worded resolution passed in the wake of the 9/11 terrorist attacks."

Proving that you don't have to be a dry-drunk simpleton driving a short-bus-full of rage-drunk idiots and conniving weapons-grade-moron Machiavellis to fail to understand the words "don't", "involved", "land war", and "Asia" as well as the catastrophic decade of clusterfuckery that has followed Dick and Dubya's Most Excellent Middle Eastern Adventure the Obamites seem to believe that they can repeat the procedure without repeating the results. 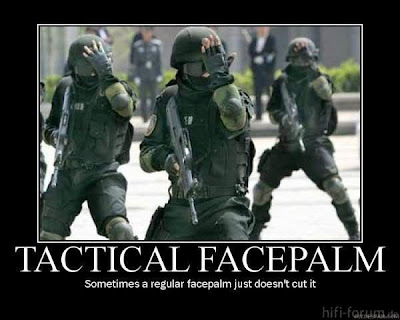 I have absolutely no idea why they would believe this.

For one thing, the Daesh people (NB: apparently "Daesh" is the Arabic equivalent of the WW2 perjoratives "Huns" and "Nips" - it's the name that these guys' enemies use for it, since "Daesh" sounds similar to the Arabic words Daes ("one who crushes something underfoot") and Dahes ("one who sows discord") would like nothing better than for more U.S. joes to stumble around their 'hood killing people and breaking shit seeing as how that worked so goddamn well in Iraq. Doing what your enemy wants you to do is...well, "fucking stupid" are the words that come to mind but "the opposite of strategy" seems like a more measured way to describe it.

For another, well...fuck. IRAQ. Did we learn nothing? The reality on the ground is that the conditions in Iraq and Syria now are worse than when we invaded Iraq in 2003. There is no "government" in any sense of the word. The place has dissolved into a brawling mess of competing groups and semi-decrepit nation states (Turkey and Kurdistan being something of the exceptions...)

There are only two ways this will go.

The U.S. and it's "allies" will raze Sunnistan - the western portions of Iraq and the eastern portions of Syria - to the ground. They will kill and destroy until, as Bill Sherman would have put it, a crow flying over the Sunni lands will have to carry its own provisions. The U.S. will utterly destroy the Sunni capability and will to fight. And then...

...and then I have no idea. Perhaps the Sunni will consent to live under the rule of the other rump states, Alawite Syria and Shia Iraq, as chattel, as the Britons did under the Romans and the Tamils now do in Sri Lanka under the Hindus. That level of violence can produce submission.

But short of that level of violence?

I have no fucking clue what will happen. Nothing good, I assure you.

My friend Seydlitz says that the powers that be in the U.S. government have lost the ability to think about geopolitics strategically; to assess the economic, political, and military conditions realistically and then plot a course of action that uses U.S. strengths and the weaknesses of the area under consideration to produce a political, economic, and military endstate that benefits the United States.

I have always considered this optimistic. I don't know if the U.S. government has EVER had this ability outside of brief periods when smart people like George Marshall were running things.

But Marshalls seem to be in short supply, while we seem to have a never-ending amount of Dougie Fucking Feiths and Dick Goddamn Cheneys. 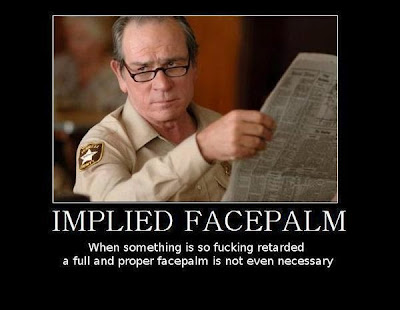