Just found this and had to run over to put this up.  No comment from me yet. 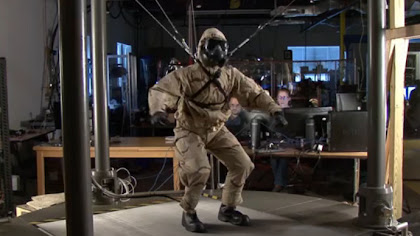 "It's going to be used for chasing people across the desert, I would imagine. I can't think of many civilian applications - maybe for hunting, or farming, for rounding up sheep,” Noel Sharkey, professor of artificial intelligence and robotics at the University of Sheffield, told the BBC previously in regards to DARPA’s robot creations. "But of course if it's used for combat, it would be killing civilians as well as it's not going to be able to discriminate between civilians and soldiers,” he said.

And my comment would be; "Hmmm. I think this might be one of the Doctor's most troublesome foes..." Cybermen!
Posted by basilbeast at 12:14 PM