It appears that former GEN and current Director of the CIA David Petraeus' government career has been terminated with extreme prejudice by his dick.


"It had long been rumored that something was going on between Petraeus and Broadwell."

I don't really have a dog in this "fight". In general I am not particularly impressed by Petraeus' military vita - he seems very, well, "German" to me in that his myopic obsession with tactical minutia seems to have precluded his either garnering or providing the geopolitical/strategic advice his civilian superiors should have received to make sound strategic decisions. As CIA chief, well, we don't really know what the hell the CIA is doing, so there's that. 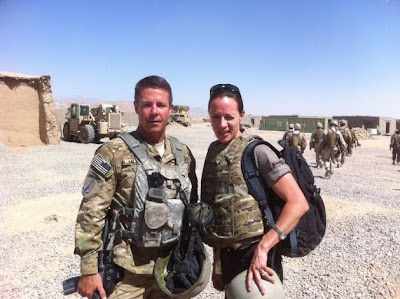 My only thought is that it does seem frankly shortsighted to base an individual's public employment on where and with whom he or she trades bodily fluids.

Hopefully GEN Petraeus was not using his organs of generation in his positions in the military and intelligence agencies he directed. And one would hope that he was no less discreet in his pillow talk with his lover than with his wife; neither was cleared to know what he knew, so I don't see how the one relationship compromises his effectiveness more than the other in that sense.

Obviously the way that this sort of screwing around is viewed by the media and the public (or is it - how many the public tut-tutters and finger-waggers about this have slipped out for a bit on the side, I wonder?) such a bit of extracurricular rumpy-bumpy put the man in the position to be blackmailed. But is that an issue of the act, or the way we TREAT the act? 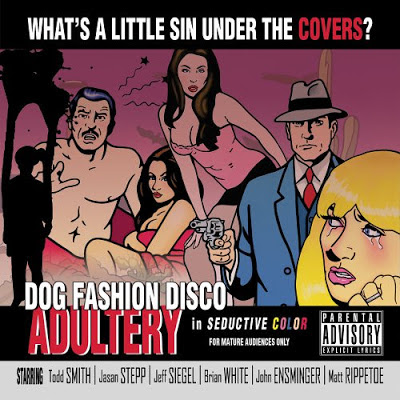 I'm not advocating adultery, or the old rules where people like Jack Kennedy screwed the pants of anyone female that would slow down from a slow jog and the press connived to keep it secret. I guess what I'm saying is that I frankly don't give a rat's ass and I'm suggesting the rest of us shouldn't either. I'm suggesting that we treat what happened between David Petraeus and Paula Broadbent as something that should be of concern to Petraues, Broadbent, their spouses, and those who know them personally. I'm suggesting that we should reconsider the notion that when happens in the bedroom is important to what happens in the War Room. And that we might be fools to toss away otherwise intelligent and capable public officials because of their private weaknesses.

But maybe I'm just an indifferent oaf. Maybe private fooling around IS a critical indicator of public failure. Maybe we did the right thing with Petraeus and his wandering weenie.

What do you think?

Update 11/10 p.m.: Glenn Greenwald has a good observation on the broader implications of all this lovey-dovey-ness:

"...there is something deeply symbolic and revealing about this whole episode. Broadwell ended up spending substantial time with Petraeus when she, in essence, embedded with him and followed him around Afghanistan in order to write her biography. What ended up being produced was not only the type of propagandistic hagiography such arrangements typically produce, but also deeply personal affection as well.

This is access journalism and the embedding dynamic in its classic form, just a bit more vividly expressed. The very close and inter-dependent relationship between media figures and the political and military officials they cover often produces exactly these same sentiments even if they do not find the full-scale expression as they did in this case. In that regard, the relationship between the now-former CIA Director and his fawning hagiographer should be studied in journalism schools to see the results reliably produced by access journalism and the embedding process. Whatever Broadwell did for Petraeus is what US media figures are routinely doing for political and especially military officials with their "journalism".