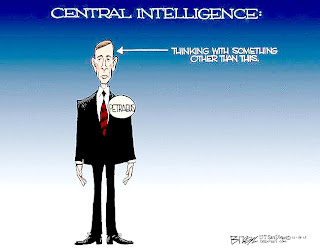 If you're down and confused
And you don't remember who you're talking to
Concentration slips away
Because your baby is so far away
--Love the One You're With,
Crosby, Stills and Nash

Military leadership is not always about success:


We are taught that physical courage is the factor that makes us soldiers (err, New Age Warriors), but this only part of the equation. A recent discussion about Shackleton's fraught Antarctic expedition motivated this thinking.

Sir Ernest Henry Shackleton led his crew with fierce loyalty after the loss of their ship (The Endurance).  He set up Camp Optimism in the most unhospiaible climate, and tirelessly motivated his crew to labor and to keep hope alive. Shackleton believed that character and temperament were as important as technical ability, and lived by the motto, "Optimism is true moral courage."

While physical courage is the hallmark of soldiering, it is not the gold standard for leadership.  Moral courage is supreme, and it the U.S. Army seems weak in this area.  We accepted General MacArthur's vacating his command, leaving General Wainwright and his Army in the lurch.  Contrast this with the loyalty of Luftwaffe Group Commander Erich Hartmann who refused a direct order to avoid Soviet capture by flying to safety in the British sector, as it would have meant the abandonment of his men.

After capture and spending 10 1/2 years in a Soviet gulag, Hartmann said in a later interview, "I could not leave my men.  That would have been bad leadership."  He and many others like him show a moral strength which reaches beyond the physical.  Think of John McCain refusing an offer of early release by the North Vietnamese command -- that is moral courage.

Transition now to the lavish lifestyles of men like Generals Stanley McChrystal and David Petraeus -- the plush lodgings and planes in which they traveled were more befitting of the Arabian 1001 Nights.  Their sumptuous offices at CENTCOM and all the other HQs, the limousines, the private command airship companies and all the other bling that kits out the 0-8 through 0-10 caste are far-removed from the lifestyles of their predecessors.

Instead of leadership we now have commanders steeped in West Point Honor Codes, Infantry Creeds, Ranger Creeds and a plethora of feel-good buzz words that are as meaningless as a mouthful of grits.  Witness Petraeus's vaunted "12 Rules for Living": "The only thing better than a little com­petition is a lot of competition. Set chal­lenges for your subordinates to encourage them to excel." The rules are generally insipid pop platitudes not likely to give Tony Robbins a run for his money on the motivational talk circuit any time soon.

Contrast present leadership with that of Chesty Puller at the Chosin Reservoir retrograde.  He gave his Jeep to the weak and wounded and marched out as a simple Infantryman (despite heart problems). On Guadalcanal his Regimental Command Post was in the forward reaches of the battlefield within rifle shot of the enemy.  Compare this with the fights at Waygul and Wanat, when the senior commanders were physically absent.

Leadership has both physical and moral aspects.  None of the U.S. senior officers refused to preemptively invade Iraq; First Lieutenant Ehren Watada is the only junior officer to officially protest the Iraq War by attempting to resign his commission (he was Court-martialed and ultimately discharged from service.)  Did any of our leaders even murmer the word, "Aggressive War"?

It is possible that ethics professor Colonel Ted Westhusing gave protest via suicide during his Iraq posting six years ago.  The Los Angeles Times reported, "In emails to his family, Westhusing seemed especially upset by one conclusion he had reached: that traditional military values such as duty honor and country had been replaced by profit motives in Iraq, where the US had come to rely heavily on contractors for jobs once done by the military" (General Petraeus's Link to a Troubling Suicide in Iraq: The Ted Westhusing Story). In his suicide note, he wrote, "I didn't volunteer to support corrupt, money grubbing contractors, nor work for commanders only interested in themselves."

If elective invasions, bombing, Predators and Reapers, secret prisons, torture, open-ended detention and more do not raise any hackles amongst the General Officer class, then a penile thrombosis is very little thing in comparison, which is not to say it is nothing.  It is just a logical outgrowth of a corrupt and entitled mindset.

Amidst moral cowardice on such a scale, how do we even discuss Petraeus's moral lapse?  We have divorced morality from the equation when we adopted elective warfare and assumed the mantle of warriorhood.  Petraeus did what warrior-kings do: he took an Amazon concubine.