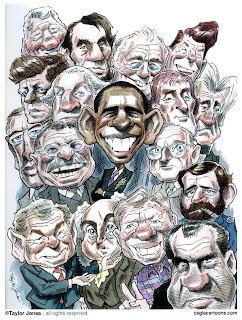 The Armed Forces Journal ran a piece earlier this month by Lieutenant Colonel Daniel L. Davis, "Truth, Lies and Afghanistan: How Military Leaders Have Let Us Down." After two year-long tours in the country, Davis decided to write about how the reality he saw did not mesh with the spin.

While it is commendable that LTC Davis spoke his truth, Ranger will fish out the problematic details.

In his first graph, Davis speaks of "the enemy", but of whose enemy is speaking? Are the enemies of the Afghan government enemies of my country? Is the U.S. war fighting or doing counterinsurgency (COIN)? What is our mission? How did killing Taliban become a U.S. war policy?

I saw the incredible difficulties any military force would have to pacify even a single area of any of those provinces; I heard many stories of how insurgents controlled virtually every piece of land beyond eyeshot of a U.S. or International Security Assistance Force (ISAF) base.


How does "pacification" relate to the U.S. effort? What is pacification, and is it a part of nation-building? Have there been any precedents for successful military pacification programs central to a U.S. mission in a theatre scenario? Surely it is not as simple as occupying key terrain and killing all opposition forces.

Is it possible that the insurgents, the Taliban and the Afghan people are not aligned with U.S. goals? Davis saw "little or no evidence" of a government capable of providing even basic needs, and "[s]ome of the Afghan civilians I talked with said the people didn’t want to be connected to a predatory or incapable local government."

If true, then there is no government structure in Afghanistan -- only a poor simulacrum reliant totally on U.S. arms to subjugate the population. This is not a reason for the U.S. military to be killing people on a daily basis, and Davis suggests as much.

When speaking of the police, Davis asks a police captain if they send out harassing patrols, but harassing patrols and combat patrols are military functions, and should be separate from police authority. Police should not hunt people down for the purpose of killing them; they are law enforcement, not war fighters.


The captain made a sane response. Sticking him and his officers out in the middle of a lawless nowhere is nuts. How does it benefit anything if another firefight happens or not? If their government is a chimera, why would anyone expect the police to die for a fantasy? Afghan policemen are not Cav troopers; the latter get to go home after their tours.

A non-sequitur occurs in the piece: After describing the failings of the Afghan National Police (ANP), Davis says most U.S. officers told Davis "they had nothing but contempt for the Afghan troops in their area — and that was before the above incident occurred." Troops and police are different entities; while both are surely substandard, Davis only gives particulars on the ANP behavior.

He quotes a local official serving as a cultural adviser to a U.S. Commander who cites the example of a Taliban murder of an off-duty ANP member visiting family as showing that "[t]he people are not safe anywhere." However, the ANP member was a representative of the government and as such, he was a valid target for the opposition forces; that is how insurgents operate.

"Abysmal" is the word Davis uses to describe the "tactical" situation, but really, he is describing the social and political status quo, too. Perhaps since he is writing as a military man for a military journal, he was simply writing to his audience. But a change in tactics can only affect the military situation, leaving the other failures in place.

Davis sometimes gets bogged down in the how's, but addressing the why's will deliver a better truth. The war was based on lies and false assumptions, and truth can never flow from that font.


When it comes to deciding what matters are worth plunging our nation into war and which are not, our senior leaders owe it to the nation and to the uniformed members to be candid — graphically, if necessary — in telling them what’s at stake and how expensive potential success is likely to be. U.S. citizens and their elected representatives can decide if the risk to blood and treasure is worth it.
Likewise when having to decide whether to continue a war, alter its aims or to close off a campaign that cannot be won at an acceptable price, our senior leaders have an obligation to tell Congress and American people the unvarnished truth and let the people decide what course of action to choose. That is the very essence of civilian control of the military. The American people deserve better than what they’ve gotten from their senior uniformed leaders over the last number of years. Simply telling the truth would be a good start.

This is no slam on a mid-level 0-5 who is putting it on the line, but shouldn't we have had this discussion 10 years ago rather than last week, and shouldn't it be led by someone with more horsepower than an 0-5?
Posted by rangeragainstwar at 9:37 AM