Most of the world is ignoring - except as a topic for idle comment - the bloody business going on in Syria. 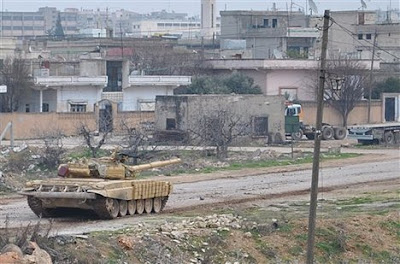 Mind you, the usual suspects (the Arab League, the UN) are saying the "right things"; they'd like to see the killing stop, they'd like "someone" to step in. The West, including my own country, is deploring all this nasty killing though rather sotto voce so as not to have to, you know, do something about it. So, as usual, it seems like everyone would like to guard the nice people being so brave and anti-dictator-y in Homs but no one really wants to BE the "guards", the actual guarding process being so messy and all.

And the Syrian government, having taken as a parole another Latin maxim - oderint dum metuant; let them hate so long as they fear - goes on its merry way killing those in opposition to it.

And I have only one real question; if Syria, why not elsewhere?

I mean, the Syrian government is rather nasty, although by historical measure not all that vile, and even much of current global practice not so much more so than many, including some that my country lavishes public affection and tax largesse upon.

But if the current ratissage in Homs (and elsewhere in Syria) is not practically the very definition of civil war, then, what is it? Yes, the rebels are getting hammered in a very bloodily unequal fashion. Since when has the suppression of rebellion become a non-contact sport? 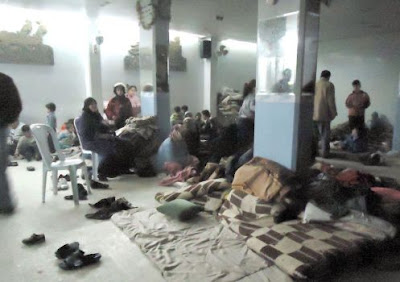 After the failure of the Third Servile Rebellion Crassus crucified 6,000 slaves along the Via Appia. In the aftermath of Sherman's Atlanta and Savannah campaigns thousands, perhaps tens of thousands of Southern civilians suffered hellacious hardships. Many probably starved, or died of various diseases, or exposure. Rebellion is, and by political calculus must be, a hazardous thing; Tokugawa Ieyesu is said to have claimed that nothing justified rebellion other than success.

So perhaps I'm a fool, or being deliberately obtuse, but I fail to see in this ugly little civil war a casus belli for anyone not a Syrian in the same way I didn't get the enthusiasm for jumping into the Lybian fracas. While the al-Assad government is a pretty bad guy I don't see a "good guy" here any more than the Lybian TNC looked plausible as "good guys."

And, frankly, this current enthusiasm for leaping into other people's civil wars seems to be setting up a bad idea as conventional wisdom. It took a long time to set up the current Westphalian state system. It has a hell of a lot of flaws, but right now it seems about the best idea we have for providing people with the things government provides. And one of the fundamental pillars of the Westphalian state is the assumption that rebellion against the state is just that, and that unless a foreign state wishes to ally with the rebels in hopes of helping them become the state - with all the subsequent diplomatic and political connections that implies - the best thing that foreign state can be is neutral.

If we want to attack Syria, to my mind we'd be better off - as I insisted we should have done in Lybia - to just make a treaty with the rebels and jump in on one side. The notion of using the civil war as a reason to "fight for peace" seems silly to me in that it promises to expended at least treasure if not blood for very little tangible gain.

Hey, I don't like bullies, either. But I've been in enough playground fights to know that stepping into family fights to try and stop the hurting usually just gets you nothing but bruises while seldom solving the problems that started the fight in the first place. 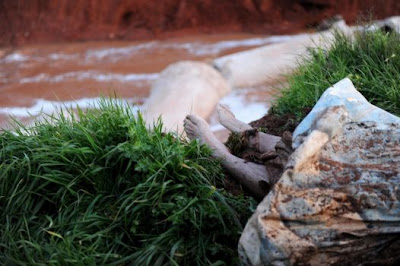 So you might say that everything I needed to know about Syria I learned in third grade. Not that I expect that anyone is going to listen. Just sayin' so I can say "I tol' ya so." I'm kind of an asshole like that.
Posted by FDChief at 2:39 PM