This from Fred Kaplan over at Slate:

"At an otherwise uneventful hearing before the House Armed Services Committee this morning, Gen. Stanley McChrystal, the U.S. commander in Afghanistan, said something that should confirm and heighten most people's apprehensions about the war's escalation."

And goes on to comment that it was Savior-General McChrystal saying he had a lot to learn about the 'Stan. 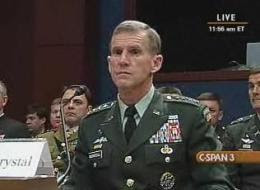 Umm, actually, Fred, no. That's just the way generals work. I'd be surprised if Ike knew all the details of the conditions inside the German infantry divisions defending the beach at Normandy. His G-3 and G-2 knew, though, and used that knowledge to make Ike's invasion plan work. McChrystal has staff, and his subordinate units' commanders and staff, who know their AOs better than he ever will.

No, what I heard on the radio yesterday morning that made me shiver was our modern day Little Mac tell the congresscritters something to the effect of; "You'll see, by 2011 the Afghan people will see the results of our success and see the benefits of siding with their government."

Now THAT is scary. First of all, it assumes that we're going to lick this ice cream cone in 18 months. That's lightning speed for a domestic rebellion. The Sri Lankan and Indian troops took, what, 30 years to clean out the LTTE?

Second, and most frightening, is the bland assumption that all this military goodness will drive Abdul and Miriam Lunchpail into the lovin' arms of the government in Kabul. THAT'S real crack smoking. The average Afghan is loyal to family first, clan second, tribe third, probably some sort of weak regional feeling last and Kabul every third leap year, if ever. No amount of force yet applied has changed that, and is unlikely to. 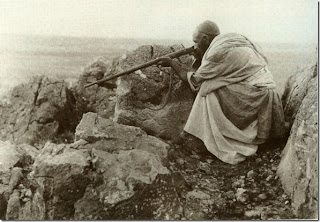 If McChrystal really believes that - and is not just blowing smoke up the Congresscritters' collective butts - then he really DOES have a lot to learn about the 'Stan and we really ARE in trouble.
Posted by FDChief at 1:43 PM