I refuse to link to the steaming pile of geopolitical crazy the Usual Kagans pooped out this weekend at the WaPo. But Gian Gentile does so I don't have to. 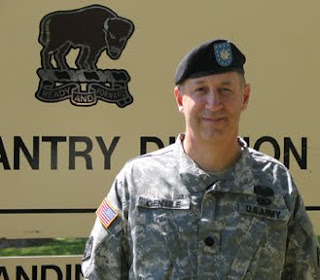 I think we all can pretty much agree with what he says here:

"Sometimes it does seem that “wicked” tactical and operational problems in a place like Afghanistan requires not necessarily more experts and “scary smart” army officers to tackle them, but clear, astute, and resolute thinking about strategy and national interests."

My bottom line is that in the larger sense we are actually spending very little - both in treasure and in blood - to police the Paimirs. But the very notion that a faction of my nation's political elite and punditry believe that this is a good idea and we should do more of it and for a longer time...this, to me, is a powerful indication of the rot and corruption settling in at the heart of our nation.

You can argue that this is no different than the sort of manifest destiny rhetoric spounted to justify the Mexican War, the native American Endlösung, the Spanish American War and any number of shitty little wars in Central America and the Caribbean. And you'd be right; we Americans have never been the type to sing kumbaya and love peace and quiet.

But for nearly 200 years we DID believe that the lands beyond the seas were Other People's Business, and that the business of the United States was here, no further than our own Near Abroad. Now we seem to have a significant public for the idea that we need to fiddle-fuck around in places like central Asia. This sort of imperial meddling is always tempting to Great Powers and it seldom ends up benefitting the Powers in the long run.

I'm glad to see COL Gentile slap him some Kagans upside the head. This needs to happen more often. Because, as he reminds us:

"Afghanistan is a country wracked with internal problems; tribal conflict, backwardness, corruption, tension that produces endemic violence, bitter regional disputes, dysfunctional national boundaries, etc. So why do we think we can solve their problems in a matter of a few decades through foreign occupation? Could any outside force have come into the United States in the 1850s and resolved its internal conflicts at the barrel of a gun? Actually, the British tried to resolve internal conflict in North America about 80 years earlier during the American Revolution and lost, or gave up trying because strategy demanded for them that it became not worth the cost of trying to do it."

You get some, colonel. Because we need to remember that just because a fool of a Kagan says something doesn't mean we need to be fools and hearken to it.
Posted by FDChief at 11:47 AM