The 2009 incarnation of the Portland Beavers ended their season yesterday afternoon. 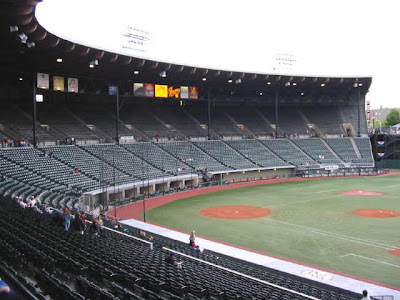 This year's version of the AAA ballclub wasn't the worst - the old ragtime era Beavers still hold that record - but it was in the running. The current rubber dummy wearing a Beaver suit is a wholly owned subsidiary of the San Diego Padres, one of Major League Baseball's 2009 Queens of Suck, and among the worst franchises in the game. Their best player is Tony Gwynn, who hit an assload of singles and not much else. Gwynn, therefore, is the perfect embodiment of the San Diego Padres; anti-Zen baseball in which a hell of a lot of activity means absolutely nothing. 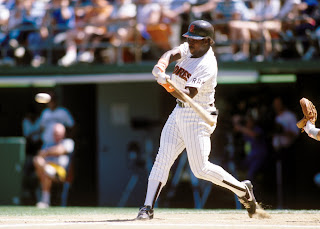 And this is who OWNS the Portland Beavers.

Now bear with me here, because I'm going to go a long way around to make a point.

First of all, the Portland Beavers' 2009 season encapsulates, in almost perfect awfulness, the state of professional baseball in the Stygian depths below the big leagues.

Think about that for a moment.

This team finished dead last. They have now finished either last, or close to last, since winning the Pacific Coast League in 2004. Their 4-year record or 320 losses is second-worst in the PCL. And yet...and yet...the team owner says that he wouldn't say "that losses have impacted us from a business standpoint."

In other words...lose? Who gives a shit? We're making money!!

And why is this?

Because, simply stated, the Portland Beavers are slaves. They exist not as an independent entity free to succeed or fail on their own merits. They are compost, a creche' for ballplayers, the reeking humus from which San Diego Padres are grown. The ownership in San Diego has zero - absolutely no - interest in the piddly little PCL "pennant race" and neither do any of the other real PCL team owners, the big league clubs. They will continue to inject money into the corpse of baseball in Portland, Las Vegas and Modesto so long as the walking dead thing grows players for them. 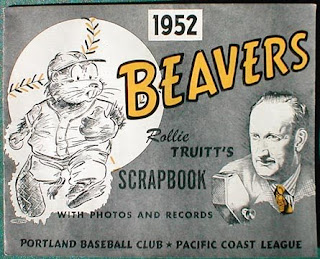 What is happening in Portland - and Little Rock, and in Boise, and in Wilmington, Delaware, and in Ossinning, New York and the other 18,415 cities, comunidades, towns, villages, urbanas and the one municipality (Anchorage, in case you're wondering) that don't enjoy one of the 28 teams that DO have the luxury of actually winning anything meaningful in the sport of baseball is a joke; a nasty, mean-spirited joke perpetrated by the Lords of Baseball and those in power who have accommodated their rapacious greed.

The Portland team exists only for its role in servicing the San Diego team; it is the whore, highly paid, lavishly compensated but whore nonetheless, of the Padres organization.

Is this right? Is this just? Should the peoples of Portland, and Boise, and Louisville, and all the other Portlands, Boises and Louisvilles, get a puppet show, a sham and an empty box, so that the people of San Diego can enjoy the Show?

For one thing, the slave minors, as presently organized, offer every player in them an orderly opportunity to make it to the Show. If you stay healthy and produce, you get moved up and, eventually, get a shot at the big club. The NFL, on the other hand, is all-or-nothing. If you get cut you might catch on in Canada, or picked up by another team. But the difference between getting a spot and getting cut may be a tenth of a second or a quarter pound of weight. When the owners fielded teams of scabs in 1987 it was pretty obvious that some of those players were within a reasonable distance of being a major leaguer. After three or four games, with the advantage of the weights, the 'roids, the coaching and the practice it was pretty clear that the end was in sight, with the "real" NFL players getting slower and smaller and their replacements getting stronger and faster. The NFLPA folded its hand and has never really been an effective advocate for the players since.

Well, the public, first of all, in all the non-MLB cities, who would have a chance to root for their own proud team, to compete as best they can at whatever level they can rise to. The model here might be the European football leagues, where every place has a local team and every local team has a chance to win their own silverware. The baseball fans in every locality, who will have a local team and local heroes, to inspire them and raise interest in the sport. Baseball players, who will have a chance to compete for more than just a promotion to the next level of an increasingly narrowing pyramid. The local newspapers and television, who will have genuine pennant races and local sports news stories to report.

Is this a perfect world? No. There will be lots of broken hearts and broken dreams, lots of chicanery and get-rich-quick schemes and goofy, idiotic promotional ideas. Baseball will become a lot less sleek, a lot less rich but at the same time a lot more lively, a lot more democratic, more part of more people's lives, and a lot more entertaining.

Our 2009 national paradigm seems to be "bigger, richer, slicker". This seems to please the large, rich, slick components of our nation just fine. But I'm not so sure that its really in the best interest of our nation as a whole. I think that small, modest and versatile might be a better model for the 21st Century.

What do you think?

(Full version at GFT)
Posted by FDChief at 7:48 PM