Saudi Arabia has kicked out the Canadian Ambassador to  the Kingdom.   Recalled their ambassador in Ottawa.  And has frozen trade with  Canada.   Will that, I wonder, put an end to the $15-Billion deal with General Dynamics to buy 900 LAV 700s, an export model of the LAV 6.0 fighting vehicle.   But maybe not, the crown prince needs them to eliminate more Yemeni women and children.

All because Canada scolded the Saudis for arresting more ladies who want to drive.

But worse was the statement "Any further step from the Canadian side in that direction will be considered as acknowledgment of our right to interfere in the Canadian domestic affairs,..."

And worst of all was this widely distributed twitter image: 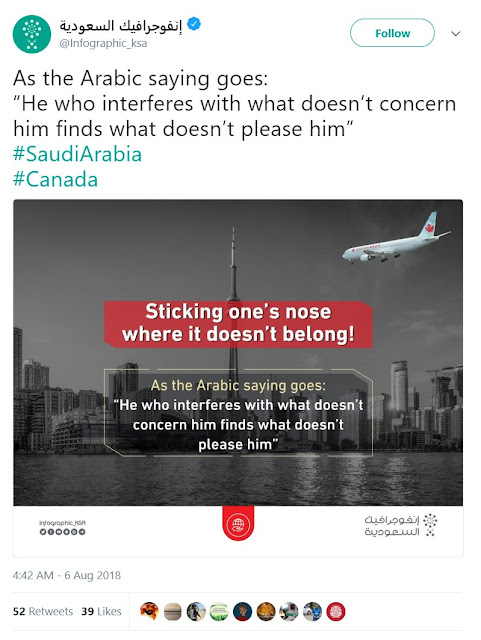