I never quite know how to deal with this day. 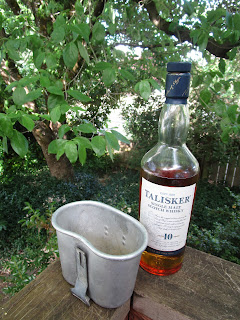 Typically I simmer all day in a sort of low, sullen...not quite anger, more like...irritation, like a peat fire smouldering deep below the surface. My fellow citizens' clueless, careless, indifference to the whys and hows their soldiers died is bitter gall, and the unfortunate alternative is a kind of fawning reverence for some imaginary soldier who has "fought for their freedom" that is almost more irking than the cluelessly indifferent.

I understand that most of these people are trying to say or do something "nice" on a day that has been set aside for what they dimly sense as a sort of patriotic celebration of GIs. They usually have no clue that this is something different from Veterans' Day, and, like a drunk at a wedding, proceed to either offend, with their jingo patriotism, or by their hiding their eyes from the abyss that is death in war.

I want them to just say it; "These men and women died not for me but because of me, because of my choices, or because I chose not a make choices. And many of them, and all of them that have died since the end of the Korean War in 1953, died for damn near nothing, died chasing the ghosts of my fears and ignorance. They died because I thought of dominoes, or of Evil Empires, or of fighting them there so we wouldn't have to fight them here. They died because I let unscrupulous men lie me into fear, into foolish anger, into hate. They died because I was a bad citizen.

And I have never come to terms with that. I've never admitted that, or repented of that, or apologized to the dead for my acts or my indifference."

I know that won't happen, and that galls me, too. We Americans are bad at things like regret, repentance, and apologies.

So I'll say it here.

I fucked up. I trusted people I never should have. I didn't rage with fire and steel against those people who killed you. No, not the people you fought. The people who sent you to fight for nonsense, or hubris, or greed, or stupidity. And once I knew that they were fools, or criminals, or both I did nothing to punish them for murdering you. They still live, many of them honored and respected, while you are nothing but dust and ashes.

All I can promise is that I'll try and do better in the future. I'll try and make sure that they can't make any more of you.

Take a break in place and smoke 'em if you gottem.