Tomorrow is the Tin Anniversary of the Third Gulf War. 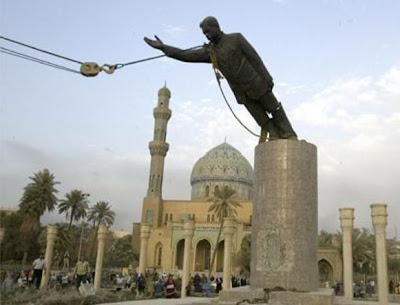 I wish I had something to post better than Charlie Pierce, but I don't. So I will merely direct you to his scathing reminder that we petty men will - now and forever - creep between the broken legs of the statue in Firdos Square and peep about to find ourselves dishonorable graves.

The war may have killed thousands but completely spared the lives and even the public careers of the wretched, greedy, cowardly liars that summoned it from the depths of the Eblis of national fear, violence, and hubris. And we have chosen to accept that without demur. That is our shame. That is our crime; not that we committed the wrong but that we did not punish it when we saw that it was wrong.

The persistence of these Tin Gods in the public life of our nation is, and should be, a great enduring unbearable shame to us, all of us, us the We the People who were entrusted with the honor and truth of this nation. We have chosen to be a nation of Men rather than a nation of Law, chosen comfortable dishonor above painful rectitude, chosen the deaths of others rather than to sacrifice ourselves.

When our generation is remembered it should be for that, and for that above all. Whatever good we have done, whatever kindnesses we may do, the crimes for which we hung the defeated leaders of Nazi Germany, the crime of making aggressive war, the "crimes against peace" of Nuremberg; the crimes of others that by our acceptance and indifference we have made our own, will remain with us always. Like the unquiet ghosts of the dead of Baghdad, Ramadi, and Basra, like the mournful fragments of the GIs flown home inside plastic sacks, and like the cries of the headscarved women, weeping for sons and fathers and lovers vanished in the morning mists that rise above the Tigris as the merciless dawn floods the watermeadows with light as red as blood. 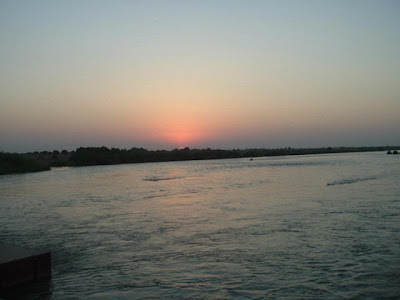