"China faces a very basic set of maritime problems. The PRC draws its most important resources from across an ocean that it cannot control, and exports most of its finished goods to overseas partners who similarly lay beyond the reach of the People's Liberation Army Navy (PLAN). Whether or not the PLAN can deter or defeat the U.S. Navy (USN) in China’s littoral, the organization’s true test lies in its ability to secure the PRC’s critical lines of communication."

I link to the article here not so much as a recommendation of Farley's analysis but as a conversation starter. 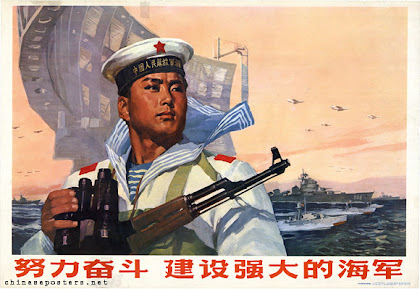 Much has been made recently of the U.S. "turn east"; renewed interest in and contemplation of the situation along the West Pacific littoral as well as curiosity over the PRC's intentions regarding her maritime "near abroad". Farley comes to what I would consider the "textbook" conclusion:

"...by skipping ahead the PLAN has left itself bereft of the kind of low cost, medium size platforms that can support sea control operations at a distance from home. The lack of these sea control platforms (or suitable alternatives) will leave the PLAN at a serious disadvantage when and if it needs to protect lines of communication in unfriendly environments. Liaoning can only operate in one place at a time, and only for a limited time period. The PLAN might have been better served by adopting the more evolutionary Soviet approach to naval aviation."

But I guess my question here would be; why would the PLAN really need much naval aviation at all? 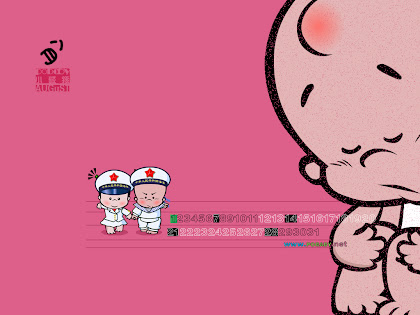 The PRC, although more "maritime" today than at nearly any period in her history, is still largely a continental power. One of the reasons she has been so interested in central Asia is securing access to Afghan natural gas, Iranian and Pakistani oil, and similar petroleum resources in the former Soviet 'stans.

She also has to consider what her naval options are. To attempt to compete with the USN and its likely allies' naval airpower would require a 1914-Kriegsmarine-like naval race complete with a fairly significant aircraft and shipbuilding program. But what if, instead, the PLAN could concentrate in sinking the USN's carrier platforms? What if, instead, China concentrated on sea-denial, depending on deterrence to keep the enemy airstrikes away from its merchies? What if her submarine force became, in effect, the "escort carriers" of the US-China Pacific War, chasing off and sinking the US carriers much as the CVEs did the U-boats of 1944? And what, if anything, should the U.S. and the USN do about that?

(Mind you - the FIRST thought that occurs to me is "Don't get involved in a war with China", so there's that...)

(Oh, and as we know, the Taiwanese aren't worried. Because they have mastered Decepticon technology...)


Update 3/28: As a counter to the Farley piece, here's Jim Holmes over at The Diplomat arguing that the increased range of modern aircraft actually makes the expense and technical complexity of carrier aviation a greater liability than you'd think:

"First, if future combat aircraft boast ranges measured in thousands of miles, it's worth asking at what point navies can dispense with mobile airfields altogether. UCAVs could operate from strategically placed islands or landmasses abutting important theaters — in effect converting land into an unsinkable aircraft carrier. Persuading allies to host air bases that might expose them to attack could prove tricky. Still, it's worth asking what a world without carriers would look like."