Let me qualify this post in several ways; first, I am not a huge Tom Ricks fan - I find that his default setting is way too often "stenographer for guys with cool guns" - and, second, that Ricks himself states in the article that his information appears preliminary and fragmentary.

That said, back in November Ricks posted this article to his blog, his lead being that the 2nd Cavalry Regiment (Stryker) was reamed in an Center for Army Lessons Learned (CALL) collection report for its performance at the Joint Multinational Readiness Center (JMRC) in October 2012. 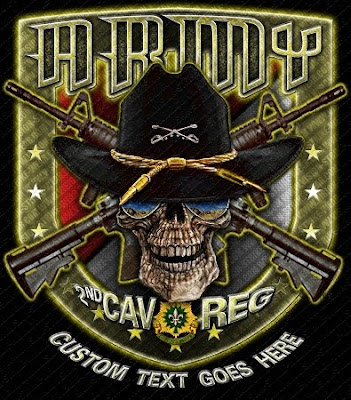 I am also not familiar with JMRC, but I am guessing from both its designation as a Readiness Center, and the exercise that the 2CR participated in, that it is the USAEUR equivalent of the National Training Center (NTC), where maneuver units are evaluated for their ability to perform their core tasks to Army standard.

The original CALL document is worth a glimpse for the unsurprising conclusion that 2CR's conventional warfighting skills have...shall we say, slipped a trifle in the past decade they've spent chasing raggedy-assed muj around the less-paved parts of southwest Asia? 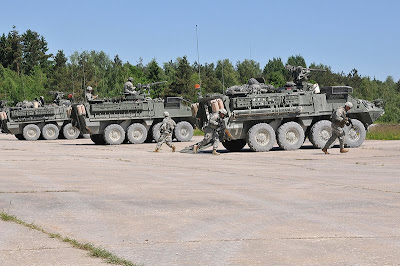 What is most dispiriting to me as a sergeant, though, are some of the first observations that CALL team made of 2CR. This wasn't some sort of minor slippage of high-speed mad supertrooper skilz we're talking about here. Some of total fails on the 10- and 20- level tasks the evaluators dinged 2CR elements for included:

- Priorities of work for occupying a position are not established or adhered to.
- Sleeping areas established prior to preparation of fighting positions.
- Vehicles, fighting positions, CP’s, and tents not camouflaged.
- Field sanitation standards not enforced, Soldiers defecating randomly on top of the ground in unit positions. 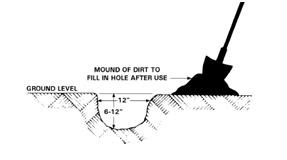 - Range cards not prepared or inaccurate.
- Lack of uniform and personal hygiene standards.
- A lack of small unit leadership and on the spot corrections.

Read the CALL document; trust me, things get worse at the higher levels. It sounds like resupply, troop discipline, planning and training, medevac, commo, and TOC operations (among others) were fucked up like a football bat. These guys sound completely ate up, and if you read the whole thing it sounds like the 2ACR is a really effed-up unit.

But what it's NOT?

What if the problem with the higher-level tasks isn't the unit but, rather, what it's been training to do and doing for the past decade.

Here's the commander of the JMRC as quoted by Ricks:

"...the actions reflective of Soldiers who have operated in a COIN only environment over the past several years, and a training environment designed to challenge leaders at multiple levels."

I'm willing to cut these guys some slack on the higher-level tasks. I can well understand that going from being coiffed in a FOB for a 12-month rotation to having to figure out how to work a jump TOC and retrans sites and ambulance transfer points doesn't happen overnight.

But, c'mon; stuff like priorities of work? Camo? Laying out the fartsacks before digging ranger graves? Casually shitting all over your positions like a herd of cows?

That ain't rocket science. That's a bunch of sergeants not doing their fucking jobs.

You've all heard me lament the damage done to my branch, the Field Artillery, by these pestiferous little wars we've been enjoying over the past ten years. Now this little bit of bad news makes me wonder - what ELSE the Army has been doing to itself while the Nation has been out Shopping for Victory and Supporting the Troops?

Shitting at random inside your own positions, boys? 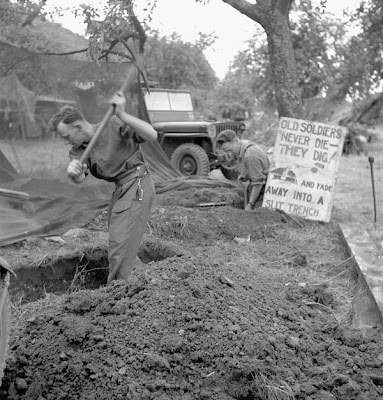