"Fat, Dumb, and Homophobic is no way to go through life, son"

I got a big laugh from this, the latest on the proposed re-institution of "Don't Ask, Don't Tell" (aka "Youse Homos Can Serve Until We SAY Youse Can't Serve") from Former Senator "Man-on-Dog" Rick Santorum:

"What we are doing is playing social experimentation with our military right now. That's tragic. I would just say that going forward we would reinstitute that policy if rick santorum was president. That policy would be reinstituted as far as people in I would not throw them out that would be unfair to them because of the policy of this administration. But we would move forward in conformity with what was happening in the past. Which was sex is not an issue. It should not be an issue. Leave it alone. Keep it to yourself whether you are heterosexual or homosexual."

because if you needed to know anything about what the man doesn't know about military service circa 2011, this pretty much tells you. 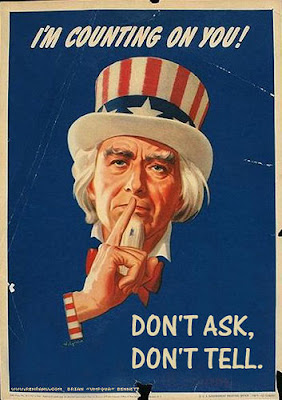 I never served in anything but an all-male unit until after I got off active duty. But since then I've been assigned to everything between a headquarters company and a laundry-and-bath platoon with stops along the way with every sort of military critter.

And one thing I can tell you with stone-cold certainty. 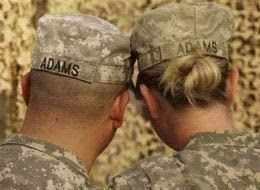 Sex is ALWAYS an issue.

Obviously the most complicated this gets for military discipline is in mixed-gender units. I've worked in several, and I can tell you that you can walk and talk military discipline and the UCMJ all you want to, but you get a young man and a young woman together and you automatically have the potential for something not covered in the rest positions at the halt section of FM 22-5. 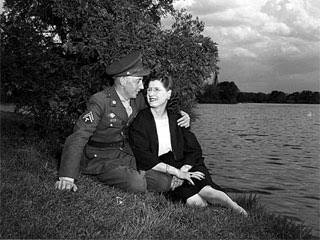 Mind you, the Army has a long history of being stupid about Sex. I saw it first all the way back in 1981, when in its infinite wisdom the Army had set up a mixed-gender BT company. 1st Platoon of A/4/3, Fort Dix N.J. was female. "First Fox" fireguards shared a stairwell with my Second Platoon, and I was later told (though I was unaware at the time, being first a squad leader and then platoon guide and thus exempt from fireguard) that the young women on guard ranged from adorable to fugly and the young men from studly to dorky. But they were there, they were horny, they were bored, so almost none of them left Fort Dix unscrewed.

It's lucky we never did have a fire; the horndogs were too busy having it off in the empty cadre rooms to have sounded an alarm. 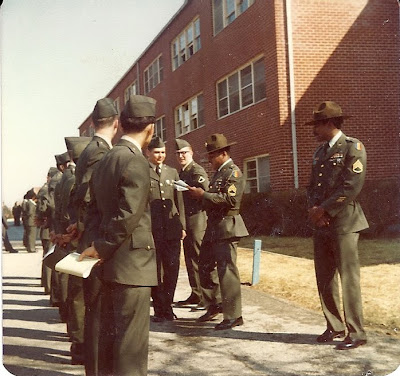 And in my experience it almost always has nothing to do with homosexuality, which makes Santorum's connection between the Big Gay Scary even less sensible. The disciplinary problems and/or personnel complications were 99.9% heterosexual and 85% consensual (the other 15% were a supervisor/supervised deal, which IMO pretty much can't really be counted as such any more than any other "sexual harassment" type scenerio can).

Ask anyone who served in Panama back in '86 and '87; the women's barracks over at 210 Aviation was like a big OG-107-covered episode of "The L-Word". Damn near every one of those gals liked her girls like she liked her corn-on-the-cob; hot and covered in butter.

But y'know what? They worked their asses off and kept those aircraft where they belonged, in the air, and as a result nobody really brought up the whole "hot-girl-on-girl-GI-action" thing.

So excuse me if I continue to laugh at young Mister Santorum, who seems to think that U.S. troops have to put their genitalia in the company safe before leaving Reception Station. Sex not an issue?

Maybe on your planet, spaceman...
Posted by FDChief at 9:13 AM