It seems like we spent much of the months of March and April talking here about Libya.

And then, as with almost everything except male enhancement products and Paris Hilton, the entire Libya pottage dropped off the news cycle. 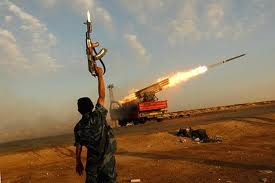 Well, a small article on the Beeb yesterday noted that one Mr. Mahmoud Jibril, described as the "deputy leader of the Benghazi-based National Transitional Council (NTC)" met with several U.S. suits at the White House on Friday. These included the U.S. National Security Adviser Tom Donilan. Among the things the TNC asked for, apparently, was recognition from the U.S. as the "government of Libya".

The U.S. officially said; no.

"White House spokesman Jay Carney said on Thursday that such a step would be "premature". The US has said it is up to the Libyans to decide their government, not foreign powers."

And yet...just a couple of months ago U.S.-taxpayer-funded ordinance was flying all about Libya in an orgiastic foreign-power-y feu-de-joie of...ummm...helping the "Libyans decide their government". The U.S. and its allies have been pasting the Libyan capital with projos in apparent hope that Mister Gaddafi will walk under a 1,000-pound bill of impeachment, or something. We've frozen his assets, trash-talked his regime, for all I know we've even offered candy to his Virgin Bodyguard. 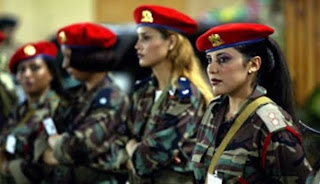 Our policy towards Libya, whilst not as vigorous as seydlitz might have preferred, seems to be decidedly tilted towards one side of this nasty little scuffle.

But we won't jump all the way in the bed with our BFFs the TNC. 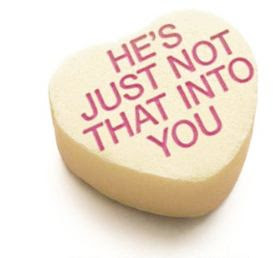 During the Bush years I would often read editorials, especially in Middle Eastern publications like Al Jazeera, complaining that our foreign policy towards that troubled region not only made no sense but was actively confusing. We would say one thing while doing another...that actively undermined or contradicted what we were saying. That we were either being hypocritical, or simply duplicitous, in pretending to want "democracy" and "freedom" while bankrolling the usual crew of loathsome dictators, tyrants, oligarchs, and thugs.

And I would have to admit...what else could we do?

To allow popular sovereignty in most Middle Eastern countries would be to accept a much higher risk of war between them and our real BFF, Israel. Which would have been risky in a global sense because Israel, backs to the sea, might have used its nukes and sent the entire eastern Levant, and perhaps half the globe, up in flames.

But...that's a done deal, now. The dominoes - Egypt, Tunisia - have fallen or - Yemen, Syria, Libya - may be falling. The Arab publics have seen their pharoahs overthrown; we can hardly rebuild those pyramids now. 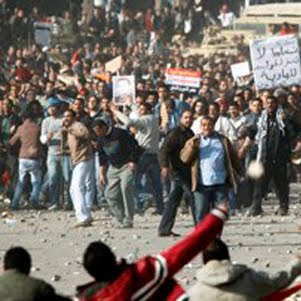 And here, especially, it seems to me like a nearly perfect situation for us to do well while doing good. Libya is not a real player in the Arab-Israeli Great Game. A TNC-Libya will probably be more "Islamic" than the late-Gaddafi Libya, but then, that was almost inevitable. Until the Arab world undergoes its own Enlightenment political islam will always be a factor there.

Here was the opportunity for a supposedly post-Bush U.S. to walk the walk, to formally ally with an Arab "democracy" - to, in my cynical view, force an Arab government to willingly and publicly take the U.S. hand in alliance, putting the lie to the "arab street" and its contention that Arab rulers only side with the United States because of greed and cowardice.

And yet on Friday it was..."premature"...to pal up with an Arab government that is only greedy for survival and only afraid of the nutjob that it's rebelling against?

I'm not going to pretend that these TNC characters are adorable, fluffy, democracy-loving peacemongers. Surely they'll bring in trouble enough in time.

But we're helping bomb their enemies! 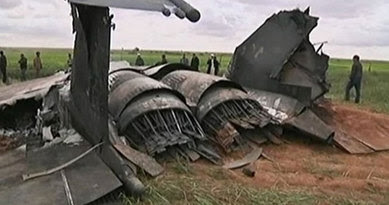 Wouldn't it make some kind of sense to give 'em a hug today?

Sometimes I think I have absolutely no understanding of foreign policy at all.
Posted by FDChief at 5:44 AM