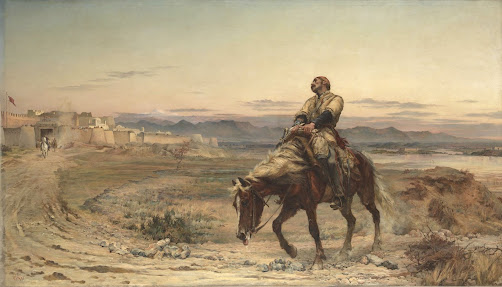 This poor bastard is one Dr. William Brydon. He's arriving in British-held what is today Pakistan, the sole surviving escapee of the British Afghanistan expedition of 1844. He could probably have told you what it's like in Kabul today.

It's kind of pointless to refight all the fights we've had over this slow-motion disaster. Largely because we knew, or should have known, that the people who were supposed to be running this goat rodeo knew and have known for years that they were building nothing; that the ridiculous pile of blood and treasure had gone completely to waste.

The only point left to make is the point the GIs in Vietnam used as their summary of the clusterfuck: "Don't mean nothin'." That there was no point at which that rock was going to roll uphill, and the only question was who'd be left standing when the music stopped.

Of course this is a human tragedy. Thousands of people are going to suffer, many of them will die, because of all of this; the initial bizarre "constitution" doped out in Europe that tried to make a conventional Westphalian state out of Afghanistan, Rumsfeld's refusal to accept Taliban terms in 2001, the unwillingness to face the reality of what was happening to the place and the people, the constant insistence that just a few more months and a few more lives would change things.

To me, anyway, the truly "tragic" part - in the classic meaning of the term - is the fate of the poor Afghan sods that worked with and for the occupation. The images out of Kabul are horrifying...and yet...how else could this have ended?

To have ramped up an evacuation program six months ago, say, would have been as much as announcing to the Afghan government and the ANA that the U.S. had no confidence in their ability to hold. That lack of confidence would have been and is, obviously, fully justified. But it would have likely resulted in this disaster happening in February instead of August.

And I honestly can't see a way - short of slamming in a full division complete with heavy artillery support - to have held a perimeter around Kabul long enough to get everyone out. If it was my call to make I might have made it. But it wasn't, and I can see why it wasn't.

So the fever-dream of hustling the East ends, as such dreams so often do, in blood and heartbreak.

Will the waking dreamers learn from this?

Sadly...my guess is that not only will the Western foreign and military organizations not learn, they will refuse to even accept that there is a lesson to be learned here. There will be a brief search for scapegoats, and then the entire episode will be shoved unceremoniously down the memory hole so the next time we need to slay Afridis where they run. 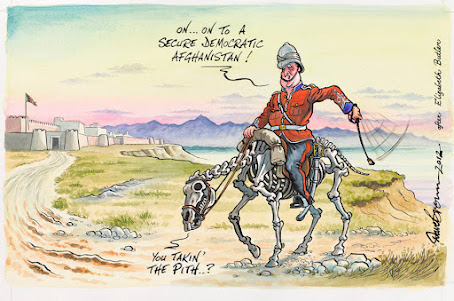