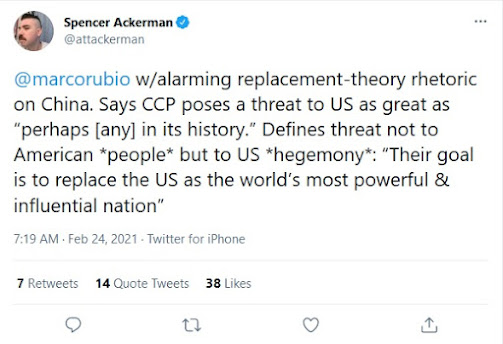 I get that there is a fairly large subset of the U.S. public (and the pundits that natter to it) that refuses to use the word "empire" for the United States.

Imperial is as imperial does, but, fine, whatever.

But I can't think that there would be any disagreement that the U.S. has been the global hegemon for quite some time.

My question for the readership would be, then, is this worth going to Cold War with the PRC over?

I won't even argue with Rubio's contention that the PRC wants to replace the U.S. as the global hegemon.

Would that, however, present "as great a threat as any in history"?

Would it harm the U.S. public in a material way if the U.S. was no longer the premiere Great Power but, instead, the second behind the PRC?

Keeping in mind that mainland China has a fairly horrible human rights record, would that translate into a worse world in general if the PRC had the ability to conduct whatever they'd call the "Ledeen Doctrine" on regional powers? A worse United States?

I have some ideas, but at this point I'm curious to hear yours; is this an actual thing (or is it just scaremongering)? If it IS a thing, is it really the MOST scary thing ever? And if it IS...is it worth hatting up for a new Cold War (with the attendant sorts of small Hot Wars between proxy states and non-state actors of the sort fought between the US and the USSR between 1945 and the 1990s)? 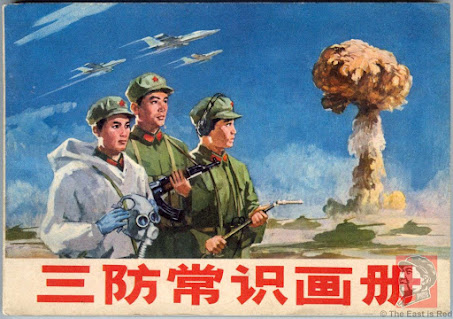 Let's discuss in the comments.