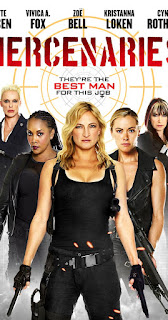 Here's a great fucking idea; since there are no real American "interests" left in Afghanistan, let's not send American forces there.

"Erik D. Prince, a founder of the private security firm Blackwater Worldwide, and Stephen A. Feinberg, a billionaire financier who owns the giant military contractor DynCorp International, have developed proposals to rely on contractors instead of American troops in Afghanistan at the behest of Stephen K. Bannon, Mr. Trump's chief strategist, and Jared Kushner, his senior adviser and son-in-law, according to people briefed on the conversations."

Gee, I can't see how that could possibly go wrong...

What is truly sad is that this suggestion comes from a guy who you would think would be all in favor of the fictitious-Trump "who kept us out of war" that seemed to dominate the "Trump-is-better-than-Killary-Klintoon" cartoons that kept appearing before the election:

"Mr. Bannon has told colleagues that sending more troops to Afghanistan is a slippery slope to the nation building that Mr. Trump ran against during the campaign. Mr. Bannon has also questioned what the United States has gotten for the $850 billion in nonmilitary spending it has poured into the country, noting that Afghanistan confounded the neoconservatives in the George W. Bush administration and the progressives in the Obama administration."

No shit, Sherlock; that's why the sucker is called the "grave of empires". NObody can figure out how to hustle this particular part of the East; not the Brits, who tried for over a century, not the Soviets, not us. The only way to win this particular Game of Thrones is not to play.

But in the sort of "logic" that has already made the Fraudulency Administration a standing joke this gomer is thinking that the "best" way to skin this cat is to import the kind of guys whose signature move is to panic and have a fucking mad minute in the middle of a busy public street in a country that their employer is trying to keep friendly and pacified.

Jesus wept. Does anybody here know how to play this game..?
Posted by FDChief at 10:17 AM

Labels: Afghanistan, does anybody here know how to play this game?, stupid people and politician tricks, Trump Administration, typical WTF rant about Afghanistan