Celebrated with a one-hour plus parade at the Zhurihe Training Base in Xilin Gol of Inner Mongolia.  Only a hundred miles or so from the Xanadu, the Mongolian capital of Kublai Khan and later his summer palace. 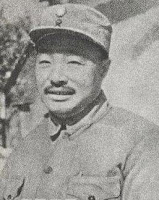 The PLA was born on 1 August 1927 in the Nanchang Uprising led by He Long and commissared by Zhou Enlai.  The uprising failed and they took 50% casualties.  And in the aftermath, out of the remaining 50% many left and went home or deserted to the Nationalists.  But the PLA endured, escaping from Kuomintang encirclements like Harry Houdini; and eventually making their Long March of 5600 miles.   They made their bones against the Japanese, and they ultimately drove Generalissmo Chiang Kai-shek into the sea and won their country in 1949.

President Xi Jinping was there in Zhurihe wearing pixellated cammies.  He reviewed the troops and gave some pep talks.  They needed it as PLA Ground & Air Forces have been getting shorted on publicity recently compared to the PLA Navy.   Xi showed off publicly for the first time many new war toys including the Shenyang J-16 fighter jet, Chengdu J-20 stealth fighter and the new-generation Dongfeng-31AG intercontinental missile.  President Xi called for the formation of "elite" forces.  Hmmm, I thought they already had Special Ops troopers?  Their first public mission was in 2008 when they accompanied PLAN warships in anti Pirate patrols.  And they have competed in and won various international "elite warrior" competitions.  Perhaps Xi's comment was meant to enlarge the current Special Ops?