How Did That Feel for You? 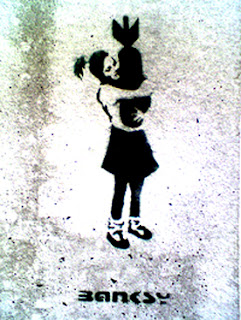 The #1 movie in America was called "Ass."
And that's all it was for 90 minutes.
It won eight Oscars that year, including best screenplay
--Idiocracy (2006)

Yesterday was busy, so I allowed myself a few minutes of National Public Radio news at around 5:15 PM. Accustomed to NPR programs like Fresh Air, I presumed the same level of expertise with their evening news cast -- not so!

Tuning in at the end of a feature on the recent Colorado Springs Planned Parenthood shooter Mr Dear, the commentator asked, "So what's next for Mr. Dear?", casual-like. And I'm thinking, "Well, maybe they were expecting to hear, 'a career in stage and screen'"? Perhaps his own farm-to-table featuring nothing but aged beef?

No! Of course, what's next for Mr. Dear is a trial by law; that is how our system works when someone is convicted of killing someone else (provided they are proved mentally competent to stand trial.) Have we become so estranged from the Constitution that we have forgotten that we have a system of jurisprudence in place to handle such matters?

The following question to the hapless reporter on the scene concerned the citizens of the town: "How do they feel about it?"

How do they feel? Have we learned nothing in eons of populating this planet? Imagine, if you will, a primitive Anderson Cooper (in loincloth) interviewing a tribesman about his recent loss: "And how did you feel, Unk, when the dingoes ate your baby?"

UNK: "Unk feels bad." That is about the size of it, right? What sensible Colorado Springs resident would say that the shooting made them feel like snowboarding followed by a peppermint hot toddy? Na ga da. Just that.

Later,  an OB-GYN who practices abortion services in Kansas is asked how she feels. Can you guess? It's not good, right?

Do these seemingly inane questions following each new publicized episode of public violence serve a purpose? "What was it like for you in (Paris, Boston, etc.)?" asks the fatuous reporter. "It was a bloody shrieking mess, yeah?" Are we moving to the point where we will one day become so inured to the events that the spectator will perform as an Olympic judge? --

"Well, Frank, I'd give it an "8" for effectiveness, but a "3" for execution; it was sloppy, and many escaped unscathed. He also loses points for style and creativity."

Has our level of discourse so eroded that we share no level of commonality besides the basest emotions?

The very next story featured the Courageous Conservative darling Ted Cruz, a "good Christian man" (according to a whistle-stop attendee) who is "moving up on frontrunner Donald Trump." (Donald Trump is the frontrunner? For President of the United States of America?) Mr. Cruz, loaded for bear, is featured quoting from his favorite movie -- The Princess Bride -- to his avid band of followers who are presumably voting adults somewhere in the hinterlands.

These men are considered Presidential material by their cohort, your fellow Americans.

Having not tuned in to the evening news for decades (I started viewing as a babe) after tiring of the "SAD- BAD-MAD-GLAD" tetraptych that parades as the evening news, I was disappointed to find more of the same on NPR.

[cross-posted @ RangerAgainstWar.]
Posted by Lisa at 5:40 AM