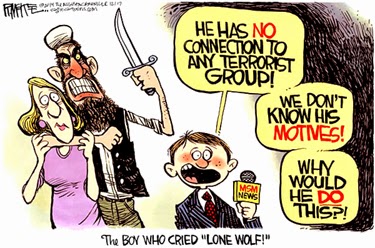 Hostage rescue situations are among the most fraught police and military scenarios. It is instructive to look at the recent SEAL raid in Yemen, in which neither hostage was retrieved alive, and the Australian hostage scenario, which resulted in two hostage deaths; the scenarios share a few similarities and many differences.

In the military hostage rescue operations are usually phased, the most difficult military efforts. The death of the hostage is always a probability.

In military terms, these are raids with a hostage retrieval. The raid is usually in a denied area, requiring an approach or movement to contact followed by an assault phase in which it is usual to kill all enemy except for prisoners, which may provide intel about future enemy intentions. The objective is usually isolated, and approach marches, difficult. Assaulting the objective is difficult not in a military sense, but in the attempt to preserve the life of the hostage.

In warfare, you can kill everyone on the objective if they are combative. They do not need to be armed since warfare does not require rules of engagement. Warfare is a state of belligerency, unlike in civilian law enforcement. A soldier's mission is to sweep the objective and leave it as soon as hostages are secured.

Since SEALs operate in secret there are few details for the Yemeni raid, but these comments are based upon historical context:


1) Hostage rescue is a host nation function, therefore, why didn't the Yemenis conduct the raid?  Does the United States have a status of forces agreement (SOFA) with Yemen?

2) Did the US SOF employ agents to approach the hostage-taker's compound? Was this a go-it-alone venture? If so, why are our allies not hands-on in their own country?

3) Why is the U.S. in Yemen in the first place? Why are Western civilians allowed in a high-threat area? Does the U.S. want potential hostages running around the AO willy-nilly?

4) Why doesn't the Department of State declare Yemen, Iraq and all other high-threat areas off-limits to U.S. citizens? If we are banned from travel to Cuba and North Korea, then why not from areas of flat-out craziness? It is no secret that Westerners are desirable targets.

5) If the U.S. is in Yemen to secure Saudi Arabia's flank, then why can't Saudi Special Forces be employed in the hostage rescue efforts? Saudi assets could penetrate Yemen territory more easily than can U.S. SEAL teams.

6) Is Yemen really a country, or a lawless sand pit? If Yemen cannot ensure the safety of foreigners, can we say they are a nation?

7) Are the Yemen hostage-takers proponents of Saudi Wahhabi beliefs?

8) Why are all of the recent raids and hostage rescues being conducted by SEALs? Why are Special Forces no longer being employed -- aren't SF teams part of General Joseph Votel's SOCOM? When did SOCOM become a one ring circus?

Why are the SF not being rotated on the hazardous duty roster? SF has institutional Infantry combat knowledge beyond the capability of SEAL teams.


Next: we will look at the civilian hostage rescue or barricade situation in Sydney, Australia, the so-called "lone-wolf" scenario which may become the face of recurring hostage situations in this century.