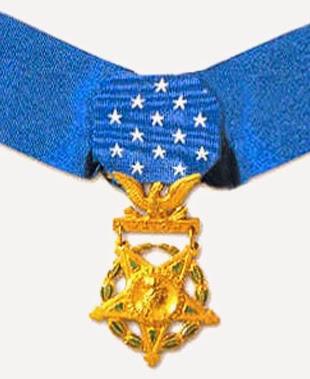 Don't ever march home the same way.
Take a different route so you won't be ambushed
--Roger's Standing Orders

Then I'm going to Hell,
and I'm taking the renaissance with me
--Hit of the Search Party,
Every Time I Die

Today, Ranger will discuss the 2007 action for which Sgt. Kyle J. White was recently presented the Medal of Honor (MOH) on 13 May 2014:

On 9 November 2007, an element of the United States Army descended into what was known as "Ambush Alley" outside of the Afghan village of Aranas, meeting their own ambush; five soldiers and a Marine were killed in their turn of the screw. What is truly tragic is that the unit traversed a known danger area without a proper support plan.

An old combat axiom warns against following roads or trails, or crossing danger areas without proper application of what should be unit standard operating procedure (SOP). The failure of Sgt. Kyle's unit originated in higher headquarters, far from that fated day in Ambush Alley. Battalion (Bn) level is where the Operations Orders originate for sqauds, platoons and companies of the Bn. (in this case, the 2/503rd/173rd Airborne.)

It would be instructive to see the Regimental Operation's Order, but of course these are classified for OPSEC purposes, never-minding that the OPSEC was seven years ago. So Ranger's analysis will be based upon the official record, and his experience as an Infantry small unit leader.

In danger areas (like Ambush Alley), several steps can be taken to minimize the risk of traversing the ground prior to engagement:


These are preplanning considerations that should have been considered before issuing an OPORD or patrol order for the action. According to the Army's website's History Channel-esque fabuloso transcript of Sgt. White's action, none of these precautions were employed. (Note: it does, however, appear that the enemy had an overwatch element.)

It is unrealistic to criticize anyone on the patrol for the oversights. The patrol leader was only a 1st Lieutenant, and they lack the knowledge to ask these questions or make these plans. That is the role of senior commanders and staff planners.

The official report online indicates only some overwatch elements, but this was clearly ineffective. An old Army adage says, "You must give medals or Courts Martial for dereliction of duty"; medals are preferred as the most expedient course of action.

Clearly, it is not Sgt. White who was derelict. As mentioned previously, the fault lies in higher HQ. Sgt. White's actions were reactive rather than proactive, and therein lies his valor. The enemy held the initiative, to include when to break contact. The enemy's planning and execution trumped ours.

Because Sgt. White's leaders failed to provide proper preplanning and support, Sgt. White's element was out-soldiered on that day. He lacked the tools that are in the inventory, and should have been immediately on-call.

Where was the Regiment or Bn. intelligence officer in this fight? Was the patrol provided fresh satellite photos of the battle space? Did agents indicate any hostiles in the area of operation (AO)? Were drones available to cover the unit's movement?

The breakdown at Ambush Alley was at the Bn level command and staff functions. Sgt. White's MOH citation states that he "provided information and updates to friendly forces, allowing precision airstrikes to stifle the enemy's attack ..." At this point there were five U.S. KIA on the field and it is doubtful that the enemy would wait for supporting fires of any sort to arrive before the ambush element had left the kill zone. Enemy units know the sweet spot in which they can operate before being subjected to U.S. firepower.

The men who fought and died that day are very special soldiers and men. Sgt. White was honorable and valorous, and deserved his MOH. But our soldiers are not sacrificial lambs. They deserved better leadership than they received.

Further thoughts: why did it take almost seven years for Sergeant White to receive his award? In addition, why are there only nine living recipients of the MOH from the wars formerly known as the War on Terror? Why is there a cluster of MOH's coming out of the 503rd Infantry-- do they have a corner on the MOH market?

There is nothing to celebrate from the actions on 9 November 2007 in Nuristan Province.