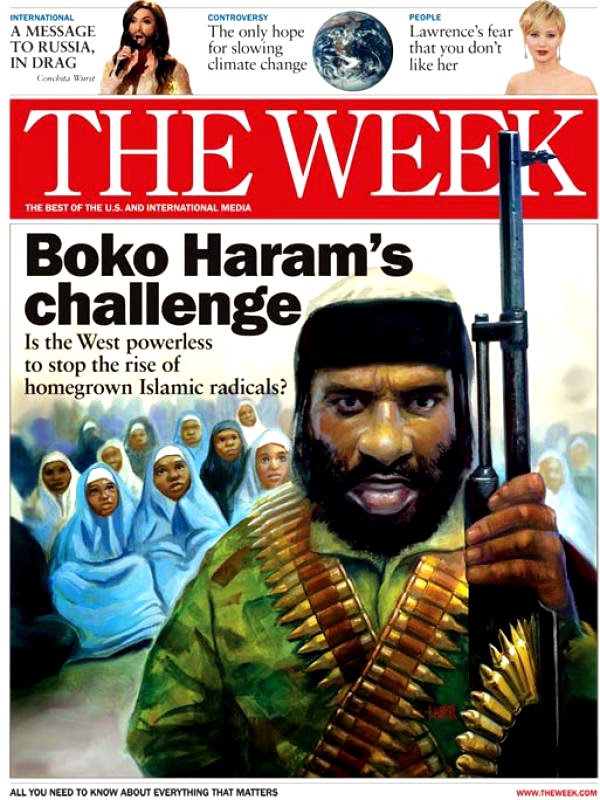 Said I remember when we used to sit
In the government yard in Trenchtown
Oba, ob-serving the hypocrites
As they would mingle
with the good people we meet
--No Woman No Cry,
Bob Marley

Tuning in to the BBC World Service last night, I heard that Scotland would be playing Nigeria (site of the recent ballyhooed kidnappings by Islamist group Boku Haram.) At topic was a serious issue, but it was not girls or kidnapping. It was Potential game-fixing by the Scotish Football Association (SFA), and it was discussed with animated solemnity.

Hearing this reminded me that book's like Foer's How Soccer Explains the World explain our actuality well. This is no judgement call, but the back field of our pretended concerns is always in motion, and it consists of the things in which we actually engage and which divert us, like watching sports.

Additionally, we now have the ability to slake off our emotions via broadcasting them over our social media networks, but this hullabaloo accomplishes naught in changing the actual shape of things. It does, however, dissipate enough of the participant's energy so that he will never actually be a potential threat to any status quo. It pits one versus the other in a simplistic partisan competition, mimicking the games we play out on the field, establishing franchises and affiliations, and opponents.

Take, for instance, the recent (but not unusual) low-level nasty work of Nigeria's Boku Haram:

The New York Times reported last week that Nigeria's army was "Holding Up the Hunt" for the abducted schoolgirls in Nigeria. "Foreign diplomats say that the Islamist group Boko Haram appears to be winning the struggle with a weak military." Yet Nigerian President Jonathan's policy strategist says "reason" and "conscience" will hold the day.

Good luck with that.

And ... why is it we care? Not in the human, Christian, Enlightened sense, but WHY would we take any military action (U.S. Sends Troops to Chad to Aid Hunt for Nigerian Schoolgirls)? Puppies, kittens, girls -- most people become upset when the innocent are abused, but why would we risk even one soldier's life or limb over Nigeria's endemic problems?

Is it because this Muslim group chose a really scary name? It sounds like the bogeyman from hell. Is it because they're taking young women and returning them impregnated -- the oldest "survival of the fittest" ruse in the book? Are we afraid there are sleeper cells of Boko Haram in Detroit or Cleveland, or that they'll come over here to get our women and children?

Islamist groups do these things, have been doing these things, for a long time now. Our intervention in the Middle East had nothing to do with it, unless you think they are clever enough to be committing these abductions to provoke the guys in white, like catnip to the cat. Nigerian's Islamic leader Abubakar Shekau said of the girls in a released video, "They are slaves and I will sell them because I have the market to sell them"

If the military in their own nation is not too gung-ho on the matter, why should we be? Is it because we have a President who is as angry over veterans dying for lack of decent medical care as he is over women in Nigeria nation being kidnapped?

It's not our sense of immense paternalism toward the weaker sex, though I'm sure the military would like to feel or project the notion that they really are doing some good in the world. No -- if this were so we'd be intervening in too many countries to name that subject their women to servitude, prostitution and worse. Women will continue to be the Second Sex until enlightenment reaches all humans.

Since this has not happened here in the belly of the democratic beast, do not expect it to be enforced upon a tribal warrior mindset anytime soon. No matter how many cups of tea you lay out, even with clotted cream, berries and scones.

The Commentariat calls for action. The politicians send the military into harm's way. Everyone seems satisfied, not realizing that we are merely exchanging potential violence against our own citizens for the endemic violence of yet another Islamic culture.

Nothing will change; it is a zero-sum game, on the human level.

Why do the supposedly-concerned not do or call for doing the heavy-lifting of resolving some of the outrages in their own country and culture? Is it sound and fury, signifying nothing?

[adapted from RangerAgainstWar.]
Posted by Lisa at 5:39 PM