My daughter is up early, as usual. She's just a natural morning person, and she loves to watch the "My Little Pony" reruns the kid channel shows before 9:00am.

I've been trained into getting up early ever since my first week in Reception Station, so I get up with her, and we cuddle, and then I go make coffee and check my e-mail and my Facebook feed.

Today, as always, there are all sorts of "inspirational" stories about soldiers and "tributes" to the recent veterans of our land wars in Asia, because, frankly, most civilians haven't the slightest fucking idea of the difference between Memorial Day and Veteran's Day but they do feel a sort of vague sense of wanting to do the "right thing".

And I'm sitting here reading my friends Facebook posts and I can't help but think this as I read all the Memorial Day stuff.

I'm glad you're thinking about your soldiers today. At least for one day. I'm glad you are concerned about them and wish them well.

But, frankly, if you really care for and want to do something for American soldiers, you might want to be paying more attention to what your "leaders" are doing in your name. You might want to take a hard, hard look at those people who want to send your soldiers into harm's way to accomplish impossible missions like "fighting terrorism". You might want to work against electing morons who have a penchant for doing moronic things like starting land wars in Asia. You might want to think about what happens to those who don't die in wars, and that only those dead have seen an end to war. That the VA "scandal" is really that a coterie of grifters and sonsofbitches lied to you that war could be painless and cheap, waved a flag and frightened you with the idea of dusky terrorists under your bed and you bought it, or, at least, you did nothing to stop it, and now there are thousands of young men and women who will take the mental and physical wounds of those lies to their graves.

You might consider that the best way to honor our war dead is to make damn sure that our "leaders" have damn good reasons for making more of them.

I know most of you here already know that. 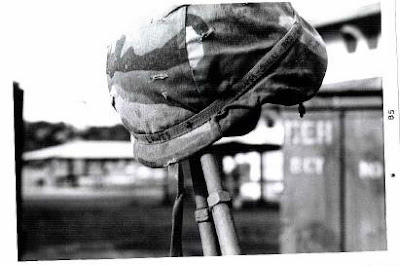