It appears that t The Russian Federation may be is in the process of taking military action in the Crimea region of Ukraine. What military action exactly and what precisely this action portends is uncertain, as is the response of the Ukrainian government, the EU, the U.S., and all the other usual idiots. 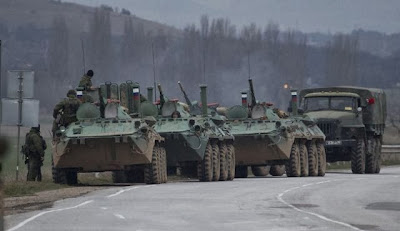 I won't pretend to have any particular insights into what the hell is going on. So consider this a round of free drinks to discuss the whole business.

Mind you, the LAST bunch that tried to invade the Crimea came to a pretty bad end... 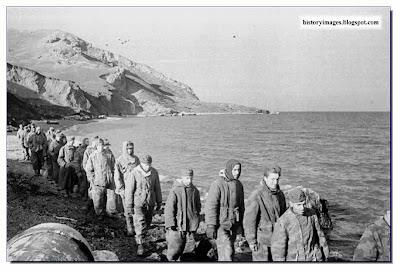 Update 3/3: I see that my comrade Seydlitz is preparing a column on this little fracas, so we're going to have that in just a bit.

The U.S. Right is practically spastic over the current adminstration's "lack of response" to this (for a perfect example see Fred Hiatt's ridiculous editorial in today's Washington Post) but, as in Hiatt's case, cannot seem to actually come down on the side of "Let's be Germany in 1914 and use our Green Lantern willpower to demand our Ukrainian ally force an unacceptable ultimatum on the Crimea to see if the Russians are willing to have a go at us".

I'm NOT suggesting that anyone come up with a reason for the U.S. to "do something" about this; if for no other reason than I don't see how farkling about near the borders of another power is a good idea.

But I'm genuinely curious because I can't really see a way for the U.S. to "do" much of anything that actually has a chance of working to restore the status quo ante with Ukraine/Crimea/Russia. So I think the posturing of the U.S. Right is just that; it's not a genuine geopolitical idea with the force of reason behind it, just another attempt to swiftboat the Kenyan Usurper.

But maybe that's just because I lack imagination. Anybody else here see a series of political/economic/military moves that would premit the U.S./EU/anyone else to convince the Russians to back off here? If so, I'd be fascinated to hear, and discuss, your ideas just to see if we're smarter than the people currently running things in the U.S. power structure...

"Russia's military has given Ukrainian forces in Crimea until dawn on Tuesday to surrender or face an assault, Ukrainian defence sources have said."