Has Syria's Assad government used chemical munitions on its rebels? 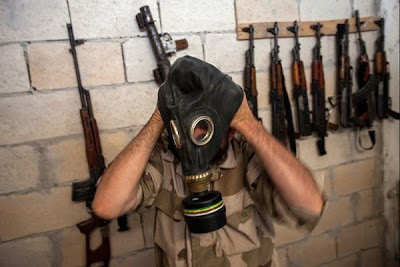 And, if so, would this constitute a casus belli for a foreign power?

Here's John Judis at the New Republic arguing that it would.

Here's the Telegraph (UK) claiming that such a strike is already underway.

Consider this an open thread to discuss...