Something very odd seems to have been happening at Minot AFB:

"The 17 cases mark the Air Force’s most extensive sidelining ever of launch crew members, according to Lt. Col. Angie Blair, a spokeswoman for Air Force Global Strike Command, which oversees the missile units as well as nuclear-capable bombers. The 91st Missile Wing has 150 officers assigned to launch control duty."

I've always wondered how the crews of nuclear-delivery units - SLBM silo, bomber, and submarine crews - manage to maintain their attitudes and skills knowing that if they ever have to actually use them it will very likely be as part of the end of the known world. 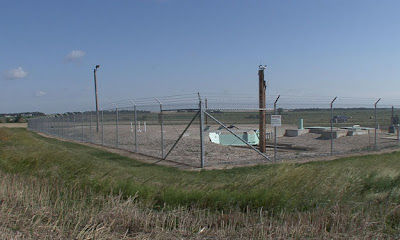 Apparently some couldn't do so.

It would seem to me that if 10% of your unit is not meeting the standards of their mission-essential tasks it's not only the unit has a problem. You as the commander have a problem. If I were the higher I suspect that I would be very critical of a subordinate whose unit had deteriorated to this point.

So when I read this article I guess my question for the USAF readers more knowledgeable of their service and these missile units would be; is it possible that this many troops could get to such a sorry state as to have to be relieved without the commander's knowledge or some sort of responsibility on that commander's part? The USAF appears to believe so - Col. Robert Vercher, the 91st SMW commander, was not disciplined or, if he was, was not so disciplined that he had to be relieved. But how likely is that? 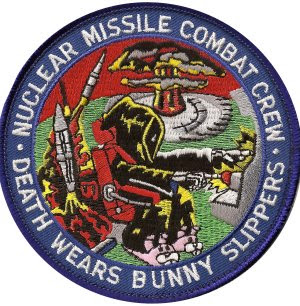 And, also, how difficult IS it for outfits like missile crews to avoid "rot"? ISTM that sitting down in a hole waiting for Armageddon would pretty much suck as a job description, but that's just me.
Posted by FDChief at 1:30 PM