I kinda hate to keep hammering on this nonsense. 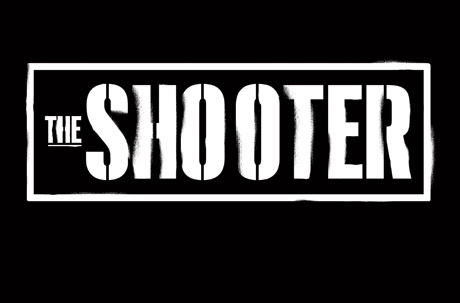 It probably bores the hell out of you like any other family feud and I admit that it really is a sort of military "inside baseball"; of interest only to the sort of people who keep stats and obsessively squirrel away bizarre trivia about obscure minor leagues.

But, like jock itch, this story gets to me in particularly tender places.

And, kidding aside, I think it says some things that concern me about my country and my armed forces. So I apologize, but I'm gonna vent a little here.

One is the irritating nature of the "Global War on Terror" as presented to, and accepted by, the U.S. public. 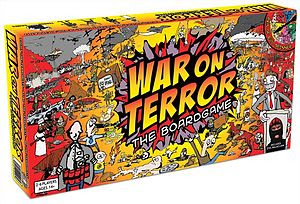 Ever since 2002 I've thought that the most ominous part of the various wars and quasi-wars and secret wars we've been fighting (largely in the unpaved portions of Asia and Africa) is the way they have been almost completely removed from and independent of public opinion and public purview. The U.S. public as a whole neither pays a price nor has an interest in what their soldiers are doing in the less paved parts of the world under the auspices of the 2001 Authorization to Use Military Force.

I could go over why this isn't a good idea, the multiple reasons that cabinet wars and imperial expeditions are not in the best interests of a democracy. The inevitable erosion of liberal governance and the expansion of executive power that occur in wartime. The moral and intellectual hazard of accustoming a people to continual, low-grade expeditionary wars (without immediate costs or consequences to the people bankrolling the wars). The bad habits that governments, troops, and citizens pick up whilst committing mayhem in places to other peoples without either seeing or feeling the effects of the mayhem themselves. 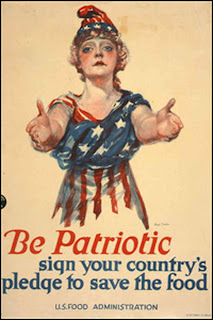 We've effectively turned these damn wars into a third-person shooter game, complete with it's own fucking music video and all, for God's sake. And - although largely unwilling to join the fight ourselves and uncaring about the real people who do - we've turned our pixellated images of them into cartoonish heroes, ridiculously inflated and lionized "warriors" for what should be a warrior-free zone: an industrial democratic republic.

So this "Shooter" has become, for me, a living version of the crayon-drawing of a modern American "warrior" that We the People seem to want; imputed with unlikely and improbable virtues, excused all critical assessment, feted and fetishized and blown up beyond the reality of what soldiers have always been. Your neighbor's idle brother, the smart kid behind the counter at the convenience store, the nice guy your sister dumped because "he was boring", the knucklehead who cut you off at the freeway on-ramp. 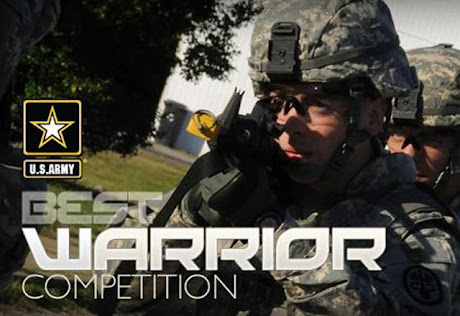 What especially got to me on this subject was the fawning reaction this Shooter got when he and his cronies stopped off on Capitol Hill (see the first link above), where the people who should have been his fellow citiens and notional governmental superiors treated him like a bunch of gushing fangirls and fell all over him to praise his work which is, at bottom, no more than any other infantryman has been asked to do in this endless farkling about in central Asia only with fancier kit and more secrecy.

This basically irks the shit out of me, this whole business about fellating the "warriors" and bumper-sticker patriotism and endless painless videogame wars. I don't think it's healthy for a republic and I don't think it's a smart thing for us as the notional sovereigns of the United States to be doing to ourselves.

And this "Shooter" has become the poster child for all of my irritation with my fellow citizens.

The other problem I have with this story is what I think it says about a troubling development within my Army and the U.S. ground troops in general, by the way one of the guys from one of the Navy's Special Operations outfits feels about the rest of the Navy and (by inference) the other military outfits he is forced to share the battlefield with.

The magilla with this Shooter has been his loud complaints about how tough it is to be him, how tough the Special Operations outfits have it, and how - because of that - he and they deserve special consideration; early retirement pension vestment and special benefits if they ETS before they earn their retirement.

By publicly agitating for special privileges for the Special Operations forces - and only the SOF - this Shooter is taking a fire axe to this weak join between the SOF and the line units. By publicly demonstrating his contempt for the guys in the Navy Choir, for the line squids on the carrier decks and in the Stores warehouse at Norfolk this Shooter is fueling the fire of resentment and irritation that these guys, many of them, probably feel for him and his high-speed brethern. 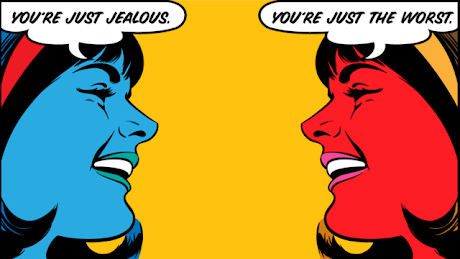 One of the reasons that the U.S. Army and the other U.S. services have been so competent and successful tactically is that they have always been good at working together as a team. Every element in the team; the combat, combat support, and combat service support units, and individuals, recognize their mutual dependence. The guy who kicks down the door depends on the helo driver overhead who depends on the avionics tech back at the FOB who depends on the guy loading the supply truck back at the Corps rear who depends on the PAC clerk working the computer back at Ft. Ben Harrison back in the States. Who, for God's sake, depends on the guy in the 82nd Chorus singing at some fucking high school in Cornhole, Iowa to get the kids all excited about volunteering for the Army.

And one reason all those people work together is the understanding that they're all in the same Army; they all - although some get a little more money and some get to wear some cooler uniforms - get the same basic deal. 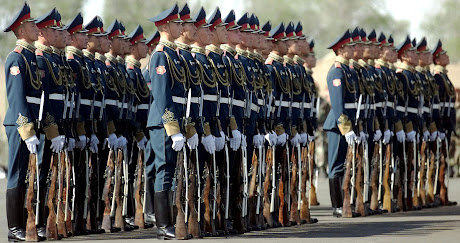 They HAVE to work together to win, and the way the service treats their service recognizes that fact. The door-kicker doesn't succeed if the PAC clerk fucks up his pay, his allotment doesn't get to his family, their e-mails get him all fucked up and so that night he's thinking about his sick daughter's not getting TRICARE instead of the people who might be behind the door with a nasty surprise for him and his team.

But the Shooter doesn't care, or probably doesn't even know, about this. And because of that he's busy kicking in a door that I don't think, either as a soldier or a U.S. citizen, we want to open. It does and will do us no good to make our special operations units a sort of Special Republican Guard, and the example of the originals should tell us so.

There's always an entropy in military organizations that works around eliteness. The elites can easily start looking down on everyone else with contempt and everyone else starts envying and resenting the elites.

In Third World armies this can cripple the organization; the Iraqi Republican Guard was a classic of the genre. 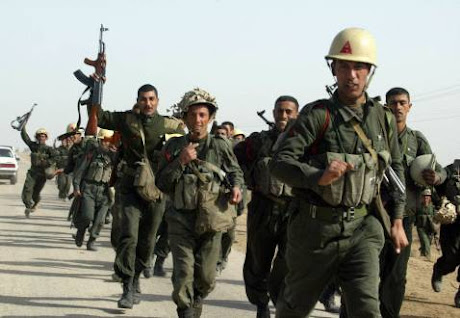 The Guard was vastly expanded in the Eighties to ensure the loyalty of an Army fractured by the war with Iran. After the defeat in the Second Gulf War of '91 the Special Republican Guard was created to provide even more "eliteness" loyal to the regime. Each time it was the best guys, the most loyal, the smartest and most technically proficient who were pulled into the "elite".

By 2003 the bulk of the Iraqi Army was just fucking incapable of modern military operations and the U.S. Army went through it like a dose of salts. All that "eliteness"? As useless as a tampon in a typhoon.

The U.S. military is nowhere near as big a jugfuck as the Iraqis were and U.S. society is nothing like the trainwreck that Iraqi society was and is.

But this "Shooter" represents something I haven't seen before in the U.S. military; an elite-unit guy willing to just come out and flat-out say; I'm better than you, I work harder than you, this war (the way it's being fought and my role in it compared to yours) means that I deserve more and better stuff than you. 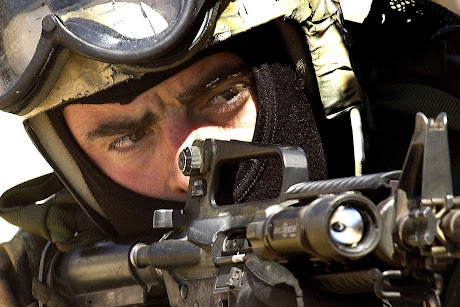 But there's nothing in human nature or U.S. society that says we can't find one.

And between that and what this "Shooter" nonsense says about our country and our soldiers I can't help but worry at least a little.
Posted by FDChief at 9:48 AM