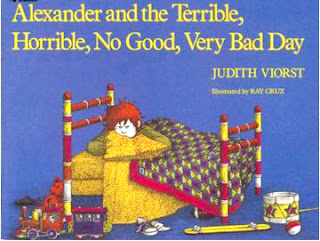 Can't kill your way out of war
--General David Petraeus

Acting is all about honesty.
If you can fake that, you've got it made
--George Burns

I think I'll move to Australia
--Alexander and the Terrible, Horrible,
No Good, Very Bad Day, Judith Viorst
________________________
Retired SEAL Matt Bissonnette's No Easy Day (published under the pseudonym, "Mark Owen") is a kiss-and-tell about the assassination of Osama bin Laden by Seal Team 6 (ST6), of which he was a member.  Many things surrounding this book reveal the questionable nature of the War on Terror.
First, if the Phony War on Terror (PWOT ©) were real, would it not be an act of sheer insanity to identify oneself in the media?  Would one not then be a sitting duck for al Qaeda retribution?
Second: All members of ST6 were awarded the Silver Star Medal (SSM) for this operation in which there was, by Bissonnette's account, less-than negligible hostile action.  This award should be bestowed for conspicuous valor in the face of an armed enemy -- how does this equate with assassinating an unarmed man in his nightshirt, in his house?
The Silver Star is appropriate for the Bedford Boys in World War II Normandy and later, the Battle of the Bulge. Appropriate for the Battle of Lang Vei or the Son Tay raid in Vietnam, in which large enemy forces were engaged and neutralized in a genuine military raid conducted for a military reason.  More recently, think Waygul and Wanat.
The SSM is NOT awarded for service or achievement; the Bronze Star without "V" device (valor) device takes care of that need. As with the Pat Tillman scenario, the statutory requirements for the award were not met.  There were more SSM's awarded for the OBL action than were awarded to entire Ranger and Airborne Battalions on D-Day.  Moreover, assassination is not a military term.
Third: The Law of Land Warfare and the Geneva Conventions, which are the law of our land and all civilized nations, does not recognize the actions of Bissonnette's "No Easy Day".
Bissonnette admits that OBL was shot in the entry phase with two to the head, and he said he himself then fired a handful into the body of a grievously-wounded adversary, whom he "could not identify".  If the target was no longer capable of hostile action (any man  is neutralized when he takes two to the head from a 5.56 carbine, and Bissonette describes OBL's brains spilling onto the floor), then his action is a violation of the GC's.
He justified his trunk shots on the program 60 Minutes by saying he wasn't sure if OBL held a grenade under his clothing which he might throw, but that would be a scenario only seen in Marvel comics. Of course, after a cascade of dissimulation from the highest levels, what matter a final fib from a triggerman?
Fourth, but perhaps most significantly: Why was there no credible effort made to capture the most valuable source of intelligence concerning al Qaeda?  A live prisoner is an invaluable asset for neutralizing terror networks.  A kill mission in this case lacks military (though perhaps not political) logic.
The author has been criticized for jeopardizing national security, but what SEAL or SOCOM technique, training or operational imperative was exposed that had not already been revealed in the recent Navy propaganda film, "Act of Valor"?
If Act of Valor is a righteous film, then too is this book.  If this is a false conclusion, then Bradley Manning may be getting a new bunk mate.
Washington's objection to this book is that this soldier compromised the White House's carefully-scripted theater, revealing that the rapt faces in the NSC viewing room the day of the assassination were actually conducting the finest performance of the day.

Posted by rangeragainstwar at 10:17 PM