"As his troubles waxed, he became increasingly authoritarian and unapproachable, content to be set apart. (American general X) was not the only one who had difficulty making an appointment. Officials waited weeks to see him... By keeping rivals off balance through a technique of "fear and favor"...he appeared strong and indispensable, but he did not know how to make a government...his mind was narrow and his education limited." 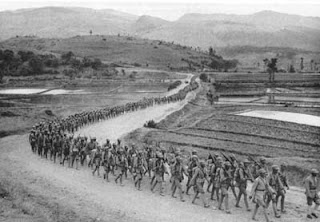 "His most serious handicap was the lack of competent government servants. He never allowed a really able man to reach an important post lest he become too strong. Because he made loyalty rather than ability the criterion of service he was surrounded by mediocrities." 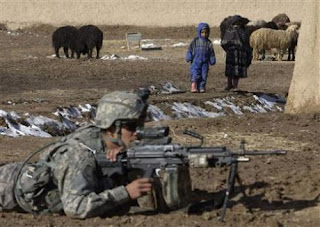 "The (ruling coalition) never succeeded in really uniting the country. Aware that the past had left too many pockets of doubtful loyalty, (he) could not trust all his armies. The opportunity for social change passed him by. Dependent more than ever on the (warlords)...he could not afford to antagonize them by reform measures. He governed by survival and ignored what he wanted to ignore. As a chief of a system without an exit he was, as (American general X) wrote, "in a hell of a fix." 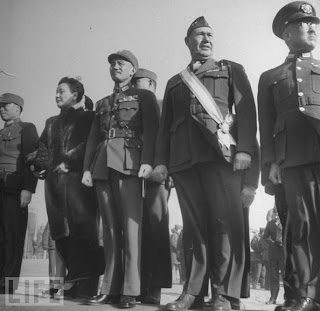 "The (U.S.) President could see no alternative to support for the (foreign leader). Fearing a vacuum after the defeat of (the enemy power) and repeatedly advised that only (foreign leader) could hold (the country) together, he gave him support in the form of a blank check. He was continually warned by (the country's) friends, who from sincere or self-interested motives wanted to get aid to (the country), that any slackening of support would lead to the collapse of the (capital city) government." 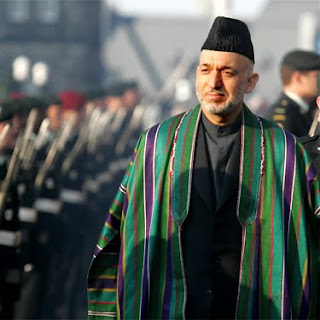 "In a typical alarm of this kind, Dr. (conservative leader) of the (large conservative political organization), informed the President that (the country's) morale was "deteriorating rapidly", the "defeatist element was gaining support" and "danger grows of (the leader's) losing power and of a compromise between the (foreign country) and (the enemy power)."

So...is this Rajiv Chandrasekaran writing about Hamid Karzai and the Marjeh Offensive, 2010, or Barbara Tuchman writing about Chiang Kai-shek and the fall of Burma, 1942?

(Cross-posted from GFT)
Posted by FDChief at 9:37 AM