In the previous post, Publius noted that "...we have events at Fort Hood today. A major with an Arabic name, maybe helped by two others—still unknown‚greases 12 GIs, wounds 31. Arabic name. Huh. Anybody think this won't profoundly affect the dialog?"

As Spencer Ackerman notes here, it already has.

The frustrating thing about this is what it reveals about:

1. How lazy and incompetent our "news media" are. I have gotten to the point where I ignore the first 24 hours of coverage because the news agencies rush to get everything into print or on the air regardless of its veracity. The sad part is that I suspect that many Americans get most of their "information" from just this period. By the time the actual facts emerge Joe and Mary Lunchpail have lost interest.

2. The degree to which we just don't frigging LEARN. Didn't we go through this one before? Weren't we wrong then? Why, then, all the bloviating about this incident as some sort of betrayal of an Islamic Fifth Column? 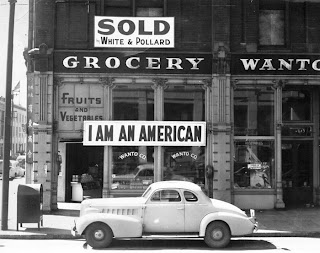 I think we've all talked about this at some point, but, once again, this sad and sorry tale brings out the degree of dysfunction in our polity. We're often badly informed and then use that misinformation to stoke our fears and stupidity. In a system based on the premise that the People are Sovereign a People so easily fooled and so prone to emotional foolishness - the People as Fool - are a dead weight and a crippling liability.

According to Paul Campos "Yesterday Savage was obsessing on how nobody was going to be allowed to say that the army base shooter, Nidal Hasan, was an Islamic terrorist."

I call bullshit on the "terrorist".

More. I say that if Nidal had been one of ours, and had done what he did in a jihadist madrassa in Lahore, instead of the "Soldiers Readiness Processing Center" at FHTX we'd be writing him up for a DSC.

(Now also for the record I don't think Nidal was a hero, whatever his motive. I think he is a whacko, and I think we'll find his brain housing group is pretty effed up.)

When I first read about this my thought was, oh, great, some sick fuckstick gone and shot up the Main PX, or a shoppette, or the Commissary. I expected to read about not just my soldier brothers dead but their wives, kids, girlfriends, and civilian buddies all randomly shot down by this SOB. But...

It seems like the SOB was a choosy SOB. 13 KIA: 12 GIs and one DoD civilian. I have no idea of the WIAs, but so far the guy seems to have killed soldiers and only soldiers. Unarmed soldiers, sure, but...

Look at it this way. For the better part of 10 years the Army paid me to train to kill enemy soldiers. I trained to kill them with my cannon battery from miles away. For all practical purposes they might as well have been unarmed. Pregnant women troopers? Yep. I'da killed 'em. Young peach-faced privates right off the rice paddy? Deader'n shit. My job was to kill the enemy, destroy his fighting power. Not to give him a fair fight. Shoot him in the back, blow him to bloody rags with high explosive...whatever it took. If I could have caught him unarmed in a "Deployment Center"? Battery six, mothafucka, and xin loi for your ass.

We're at war with Al Qaeda, the Talibs and a half-dozen other odds and sods Islamic organizations. All of us. The guys on the MSR out of Ramadi. The joes manning the LP/OPs in the Panshir Valley. And the casuals milling around the "Deployment Center" at Ft. Hood.

You and me, too. "Total war"? Ever hear of it Got lots of pregnant women, kids and everything else killed in places like Dresden, Coventry, Hiroshima, Hue. You do what you need to to defeat The Enemy.

If this guy HAD been an AQ covert ops dude?

These people were just as much his legitimate prey as any GI in full battle rattle in an M998 on the main road to Kandahar.

If he had been an active enemy when he kacked them (and not just a nutjob on a spree) he was no more a goddam "terrorist" than I would have been calling for a battery three with WP in effect on a helpless convoy of North Korean signal service troops.

1. Once he recovers from his gunshot wounds "Abu" Nidal Hasan needs lots of electroshock therapy. Lots.

2. Mike "Savage" Wiener is a goddam crank with a sock for a brain, and

3. If any significant portion of the U.S. public other than goddam sock-brained crank Mike "Savage" Wiener thinks an enemy killing U.S. soldiers - anywhere, anytime, anyhow - is "terrorism" rather than "war" it's time to piss on the fire and call in the dogs because the U.S. public wouldn't know a fricking war if it bit them on the fricking ass. The People as Fool. Jesus wept! WASF!

We now return you to your regularly scheduled weekend
Posted by FDChief at 10:07 AM