The cruiser Москва has passed on. 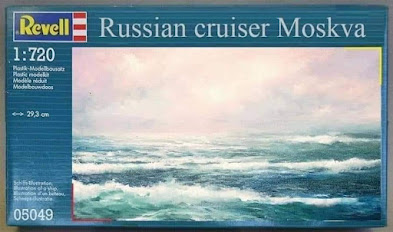 He is no more.

He has ceased to be, expired and gone to meet his maker. Bereft of life, he rests in peace, has shuffled off his mortal coil, rung down the curtain and joined the choir invisible.

Rule #1 of war is "Shit happens", and the fact that this vessel is now full of water is not in itself either shocking or particularly interesting.

If one was in a snarky mood one might make the same sort of observation Bismarck might have made about continental powers like Germany or Russia wanting (let alone "needing") large capital ships: "...the fuck?" (only in the original German, of course...).

If one was in a snarky mood.

To me there are two interesting parts about this, though.

The first is that the Russian official line is that the cruiser was lost "under tow in heavy seas after an internal ammunition explosion".

Not because nasty enemy missiles turned him into a flaming pyre, no, no! Just your basic head-on-collision-twenty-car pileup of fucked-up munitions handling and/or storage, piss-poor damage control, and incompetent seamanship.

I kind of get the dictator-grade level of "not wanting to admit that your enemy hurt you" propaganda. But to want to make the story "our sailors are lethally incompetent" seems...a bit louche' at best. Tell me...how does that make things in your navy sound...better?

Now, that said; damage control at sea is goddamn hard. It requires constant, repetitive, realistic training led by good petty officers and planned and overseen by competent and demanding officers.

Even the best navies have their bad days; we saw that back in 2015 when we talked about the loss of HIJMS Taiho during the Battle of the Philippine Sea.

The 日本海軍 Nippon Kaigun - the Imperial Japanese Navy - was one of the best-led (at the tactical level, at least...) and best-trained in the world in 1944. But that didn't prevent the sinking of one of their newest carriers because of poor damage control after a single torpedo strike.

On the other end of the military scale, though? Damage control is one of those massive-training-fail issues that seems to be endemic in "gangster" military organizations. Think Idi Amin's or Saddam's "armies" if you want a model.

If nothing else this Russo-Ukrainian War has done a pretty good job of throwing a nastily bright light on exactly how fucking brutally bad the Russian armed services are. As bad as the Ugandans or the Iraqis.

When your soldiers and sailors are "led" by people - from petty officers and NCOs through general officers to their political masters - whose whole mode of thought is "steal what you can, neglect what you can't, and lie about everything to everyone both above and below you"  and those troops are either not trained for shit (or completely untrained) and their "leaders" are often incompetent, either because the system is designed to ensure the leaders are piss-poor, or unable to demand they aren't, to find that the entire organization those soldiers and sailors are part of ends up being criminally incompetent at the difficult business of war, including the difficult task of naval damage control, should hardly be shocking.

Because you'd think that this sort of military clusterfuckery would be a cautionary tale for those of us here on the sidelines in the United States about the whole business of being all enthusiastic for dictators because, say, they hate homosexuals and you do, too. That getting your dream of "leaders" hating on liberal soy-boys and darkies and uppity women isn't worth the sort of incompetent "leadership" that ends up getting your sailors killed and their capital ships sunk.

Even for the most foaming-mouthed-rabid MAGAt groupies of Tubby and his crooked little weasel pals.

They won't believe that.

And that's a problem, a problem deeper than the bottom of the Black Sea, where the Москва now rests. 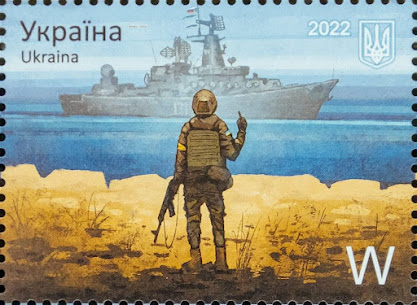