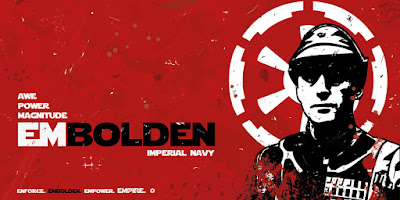 If it was anyone but His Fraudulency I'd suspect that this "new" Space Force was simply to create more opportunities for corporate welfare, a juicy bone to throw to the dogs of war like Northrup Grumman or Raytheon.

Because it IS, I am trying to figure out where the grift is; what's in it for Trump?

Sadly, the whole magilla may be just some sort of bizarre bug lodged in one of the dimmer-sparking recesses of the First Gentleman's cerebrum. He seems to have a fixation on the idea of Space Marines just like he does with his other fixed ideas like MS-13, fake news, and black people counting his money.

What I really don't get is the notion of making this a separate branch of the armed services. 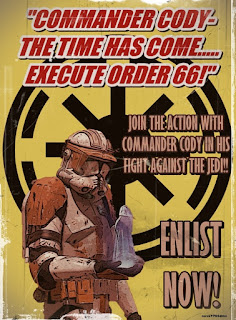 If it's a grift, it would seem to work perfectly well as a subunit of the Air Force. Unless...the service branches have worked out an effective way to mulct tax dollars by insisting that each service gets a roughly equal share of the DoD fiscal pie. I don't see any way that a GOP administration, Trump or no Trump, slices that same pie into smaller slices so as to fund this "Space Force" equally. So this may be a cunning plan (or as cunning as the Tangerine Talleyrand can get, anyway...) to make the whole pie even bigger.

IMO the place this doesn't make sense is militarily.

I know I get stick for saying this, but the bottom line is that there are two places human beings fight for control; the land and the sea.

(And, frankly, the seas only as an adjunct to human activities on land - that's why it makes little sense for continental powers, like Germany or Russia, to invest heavily in "blue water" navies; they are pretty much self-sufficient with landpower alone.)

There's no permanent "control" of the air, so the notion of a separate "air force" with its own agenda seems to me to be an ineffective way to allocate national resources.

In the case of the USAF, the driving force seems to have been the strategic bombing campaigns of WW2, which have always seemed a massive sink of blood and treasure made possible only because the Allies HAD that much more blood and treasure. I'm not saying that those campaigns were utterly worthless, but that they seem to be to be a pretty fragile hook on which to hang so much money and power.

The air is militarily useful primarily as it helps armed forces control the land and the sea, so to me it makes sense that the ground and naval forces should have a very big say in how the Air Force is armed, organized, and trained.

This "Space Force" seems like an even stronger case for handing off control of the thing - if there's a case to be made for it at all - to the existing services. All three armed services use near-Earth space for communications and intelligence acquisition. Anything else - such as the construction of science-fiction armed platforms - seems to range from pointless to destabilizing. At the very most I could see setting up some sort of inter-service " Joint Low Earth Orbital Command" to coordinate those commo and intel activities to prevent duplication and streamline utilization.

But, hey...it's Trump? So who the hell knows. It could be about exploding those cannons on the beach. Or the asteroids. Or Mars. 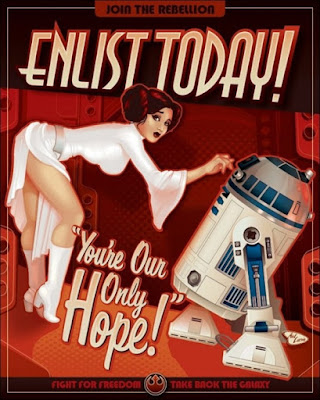