If this drawing is correct... 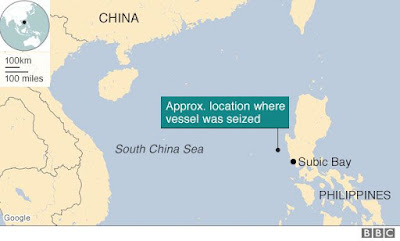 First things first: the "vessel" in question wasn't a "vessel" but an submarine drone. This isn't the Mayaguez here. And we can't be sure that this drone hadn't been reconning one of these many islets that the Chinese have been fortifying or otherwise doing some sort of snooping that the PLAN got shirty about. There are no captive sailors, no hostages or capital ships held without cause.

But, still...it's one thing for the PRC to be muscling into sea rocks in the middle of the South China Sea. But this? Hell, it's damn near riht smack insides the old drydock at Subic. If this is now the extent of what mainland China considers its "territorial waters"..?

Is this a one-time "signal" to young Mister Trump for questioning the sacrosanct "One China" policy? Just some PLAN captain feeling frisky? Some other, more opaque sort of skulduggery? Or...is this possibly something that signals a genuine foreign policy shift for the PRC.

Let's just say that I can't think of a better way to pick a fight between the PLAN and a whole bunch o' folks, including our own USN, than staking the far end of China's maritime frontier at the eastern edge of the South China Sea. 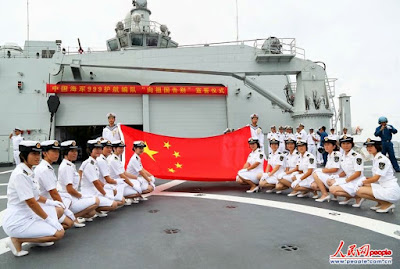