According to Bob Bateman in April the U.S. Army reinforced the forces deployed to Iraq. 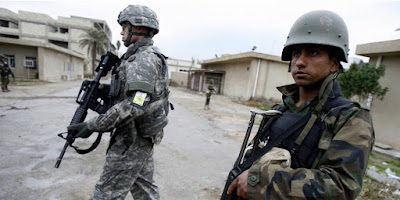 This element included advisors - about two companies worth - that will work down to battalion level as well as pushing forward a troop-sized attack helicopter (AH-64) unit and a FA unit of unknown size equipped with M-142 medium artillery rocket systems (so-called "HIMARS") to engage Islamic State forces directly.

Bateman says that this is a good idea tactically; battalion-level assvice will help the Iraqi "Army" operate more effectively, and the fire support elements will, too.

He's not so sure whether this is as good an idea at echelons above reality:

"This decision to allow American trainers to operate at lower levels may well put more Americans in more danger, but at the same time, it also capitalizes on our forces' real strengths and directly helps the Iraqis succeed on the ground. The political wisdom of this decision is another thing entirely." (emphasis mine)

I'll go further than that; this is the military equivalent of pushing on a fucking string.

I don't see the "Iraqi Army" as having a military problem killing raggedy-assed Islamic State gomers. Hell, back in Saddam's day they had a fine old time slaughtering Shia militiamen and Kurdish rebels. The thug-armies of Third World despotisms are usually terrific at slaughtering their own people and local rebellious groups. Ask any Sri Lankan Tamil...no, wait...you can't, they're mostly all dead.

The "Iraqi Army" has a problem because "Iraq" is a political fiction. There is no "Iraq" worth fighting and dying for, nothing that a man or woman could point to as worthy of that great a sacrifice. There are factions in Iraq, certainly, but the whole point of fighting for a faction is to get the largesse that faction dispenses as a reward for loyalty, and you have to be alive to get that.

The "Iraqi Army" doesn't have trouble against the Islamic State because the "Iraqi Army" has trouble executing simple fire-and-maneuver actions, or because it can't effectively call for supporting fire, the sorts of things that U.S. Army advisors could help it learn.

Well, it probably does have trouble, but that's not why it doesn't do well against the IS fighters.

The "Iraqi Army" has trouble against the Islamic State because "Iraq" is a goddamn fiction and a dumpster-fire of a failed state. The "Iraqi Army" is a shitshow of corruption and patronage like any number of Third World failed-state "armies" where officers pocket soldiers' pay and factional loyalty is more important than technical or tactical proficiency.

I'm not going to tell you that technical and tactical proficiency don't matter. Hell yes, they do. But when it comes down to bloody war "the moral is to the physical as three is to one" as a former military savant once wrote. There is no moral center to Iraq anymore; not even the evil sort of anti-morality that comes with fighting for a rapacious thug like Saddam Hussein.

So, short of re-invading and taking over this ridiculous attempt to make a desert in Sunnistan and call it peace is there any likelihood that trying to add bullets to the jello that is the "Iraqi Army" will provide even a medium-term solution to the sociopolitical problems of Mesopotamia?

But it'll make the idiot rubes think their political "leaders" are "doing something about ISIS" and the cost is a handful of millions and maybe a couple of throwaway GIs or five, so it's all good, right? 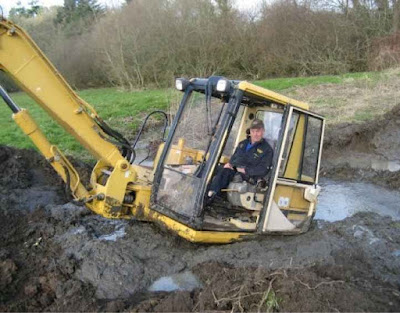