Heads I win, Tails you Lose!

Many many years ago, I watched Dan Rather interview Ross Perot on the occasion of Perot's becoming a billionaire. Mind you, I have never been a fan of either of them. However, I did have to admire Perot's response. Basically Perot said:

Dan, many years ago, my personal net worth passed the point where my personal needs and desires were met. The point where the amount of money at my disposal covered every use I could conceive of for my own and family benefit. In short, last week, I might have had 198 times the amount of wealth a person could bring to bear in his own life. This week, I now have 201 times that amount of wealth. Are you asking if it is possible to somehow feel different? Now, since I put a lot of my wealth to work in my business ventures, creating jobs, if going from 198 to 201 means I will create more jobs, then yes, I am happier today than last week. But as far as any personal benefit, I passed that point long ago.

Rather obviously didn't catch what Perot was saying, as he asked two or three times again something like, "Yes, but how does it feel to be a billionaire?", and got basically the same answer. Finally, Perot graceful shut down that line of inquiry.

Now, whether or not Perot was honestly answering the question or simply trying to gild his image in immaterial. For all intents and purposes, what he said is probably true. One probably can reach a point where one has so much wealth that it is near impossible to really improve the luxury one can experience, other than bragging rights and greed instincts.

As the Tea Party threatens to block raising the nation debt ceiling, Perot's words came back to me. The Tea Idiots are offering a choice: No more taxes on the wealthiest and reduce programs to help the needy or they will damage the general economy, which will also hurt the needy. To use my late Uncle Sal's favorite coin tossing joke, "Heads I win, Tails you lose." 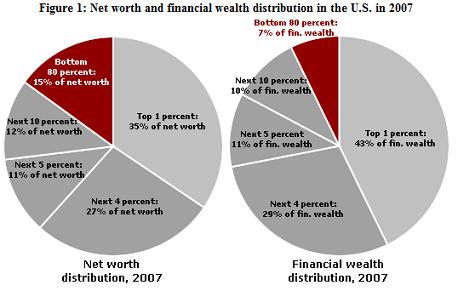 No matter what choice is selected in the Tea Party plan, it is the bulk of the population that will suffer. The 20% who hold the bulk of the nation's net worth and financial wealth may have to suffer a life style adjustment, while the remaining 80% may have to come face to face with considerable suffering. Joe Schmuckatelli, the wall street broker may have to forfeit one of his homes, while many middle and lower class folks may lose their only home. People currently making over $250,000 may have to forfeit an occasional gourmet restaurant meal, while thousands will have difficulty getting basic nutrition. Sally Joe may have to cut back on her health spa visits and botox treatments, while tens of thousands more will have to skip any doctor visits and prescription medications completely.

That's the wonderful part of our oligarchy. "Heads I win, Tails you lose". And the great unwashed actually believes there's a choice being offered!