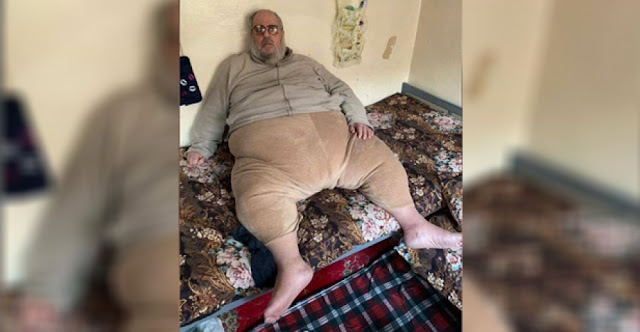 Abu Abdul Bari, also known as Shifa al-Nima, was arrested in Iraq Thursday.  The high ranking daeshi Imam, supposedly an authority on Sharia, has been charged with issuing fatwa death sentences against other clerics who had repudiated the daeshis.  Also allegedly ordered the destruction of the Tomb and Mosque of Biblical Prophet Yunus (Jonah) back in 2014 saying it had become a place of apostasy.  Or was he jealous of the whale? 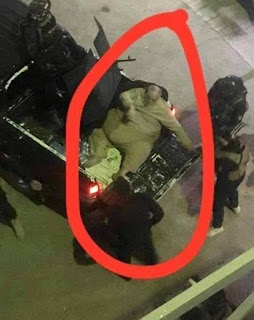 Affectionately nicknamed 'Jabba' and the man who put the fat in 'fatwa'.    They could not cram him into a police car, so they hauled him off in the back of a pickup truck.  Where has he been hiding all this time?  He'll break the scaffold if they hang him.  Unless of course they put him on a radical diet first.