If the United States HAD a sane Syria policy...what would it be..?

I had a bit of a laugh this morning reading Matt Taibbi's rant about Trump and Syria. Taibbi writes well even when I don't agree with what he says, and it was worth the popcorn for stuff like this:

"The fate of humanity now rests in the hands of this Twitter-obsessed dingbat executive and his new national security adviser, John Bolton – one of the most deranged people to have ever served in the United States government, a man who makes Jeane Kirkpatrick look like Florence Nightingale.

With these two at the helm, we are now facing the imminent possibility of direct military conflict with a nuclear enemy. No one in the popular press is saying it, but there could easily be Russian casualties in Trump’s inevitable bombing campaign. Which will then put the onus on a third lunatic, Vladimir Putin, to respond with appropriate restraint."

But as I read Taibbi's polemic, I kept thinking...OK, very stable genius, if you were NSA and you had the chance to whisper into Orange Foolius' tangerine-hued ear, what would you advise? What would you suggest as an approach to the Syrian civil war that might be genuinely productive? 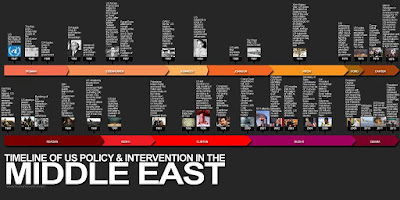 Option 1: A Grand Concert of the Middle East In which Trump is Metternich (which would make Pompeo Tallyrand or something I hesitate to speculate about) and through a combination of persuasion, bribery, discrete threats, and veiled force manages to pull all the stakeholders in the Levant region to a conference where the issues behind the current wave of instability are wrestled to the mat and choked out. This is something Pat Lang used to promote a lot (although even he seems to have given up on the idea more recently). The intended result would be some sort of "Treaty of Beirut" in which everybody agrees to some things they don't like - like co-existing with groups of people they'd rather exterminate - in return for a Great-Power-backed enforcement of some things they DO like, like peace and economic well-being.

Is it sane? Would it work? It's eminently sane. Making it work would would be fiendishly difficult for the REAL Metternich, let alone the sort of mooks and bozos that infest the Trump Administration. I think the single biggest problems would be that 1) SO many Middle Eastern wells are poisoned; just trying to get the Muslim residents of Gaza and the West Bank to forgive and forget 40 years of violent apartheid, or trying to get Israel to pony up a Truth and Reconciliation Commission to expose and condemn the architects of that apartheid fills me with existential dread, and 2) SO many groups and polities in the Middle East are unwilling to abandon their hopes of maximal outcomes. Just in Syria alone can you imagine the difficulty of trying to get a former Assad government, a former congeries of salafi jihadis, and former Kurdish YPP fighters to trust each other enough to work out a functional government? The whole point of the civil war was they they couldn't, and they all wanted to either defeat the others outright or, in the case of the Kurds, win independence.

In particular, to be seen as an honest broker of this concert, the United States would have to renounce its unreserved support for the State of Israel and treat it was just another party to the conflict, and I don't see that as possible domestically. This is one of those ideas that would seem possible but that founders on too much reality. I'd love to see a U.S. Administration actually commit to trying this, but I can't see a way this overcomes the structural issues now embedded in the Middle East as well as global geopolitical conflicts. I'd love for someone to argue me wrong.

Option 2: Operation Desert Stormy Working off the premise that doing the same thing and expecting a different result is not the definition of insanity, the U.S. gins up a coalition of the willing-ish, invades Syria and occupies the place, installs a pliant government, and hangs about bashing wogs until the new "government" is firmly in the saddle.

Is it sane? Would it work? Hell, no. Ohfuckno. What didn't work in Afghanistan (due to social and political dysfunction largely produced by a generation of war, as well as choosing proxies poorly that included smaller tribes like the Hazaras that were traditionally booted around by the Pashtun that included a lot of the Talibs) and Iraq (due to a failure to understand the toxicity of the Sunni-Shia divide that had been suppressed by Tikriti despotism as well as a series of boneheaded mistakes like deBaathification and the disbanding of the Army) would work worse in Syria, where the sectarian and tribal toxicity is already an order of magnitude worse and the existing government rules only by a combination of brute force and the loathing of much of the Syrian population for the fanaticism of the jihadi rebels.

An invasion would probably work militarily - although likely with more losses than the 2003 invasion of Iraq simply because of the already-treacherously-chaotic environment in Syria - but an occupation would be horrific militarily, politically, and socially. Any "occupation" that had any hope of working - i.e. one that included a massively-larger-then-post-WW2-European-level infusion of civil government, economic, social, and political rebuilding, and straightforward cash injection - would inevitably founder on the damage inflicted on Syrian society. Post WW2 Europe was, at least, socially and politically intact. Syria is hopelessly shattered. As Lord Chesterfield is supposed to said about keeping a mistress, the pleasure would be transient, the position ridiculous, and the expense damnable. 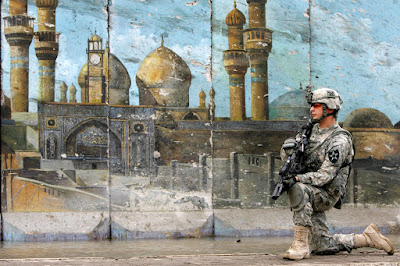 So, no. This one is right out.

Option 3: Same Shit Different Day Keep on doing what the U.S. has been doing; inject small troop units and airpower, use proxies like the Syrian or Iraqi Kurds as footsoldiers, use political pressure on regional and local powers whenever possible. Attempt to "influence" events with aerial high explosive.

Is it sane? Would it work? Fuck, it's not working now.

Option 4: Just Walk Away, Renee Conclude that there are no national interests in the Middle East worth spilling blood - American or anyone else's - and treasure on. Pull the military missions out, cut off the arms supplies, reduce the American footprint to a minimal scattering of embassies and consulates, and let the occupants of the region go their own way to the degree that they don't directly impinge on the U.S. or U.S. allies.

Is it sane? Would it work? This seems to me to be eminently sane, largely because I don't think that the U.S. has a ton of "national interests" in the Middle East. I've said this before, but IMO the U.S. has three major "interests" in that troubled region; a regular supply of petroleum products, passage through the Suez/Red Sea chokepoint, and a relative degree of regional calm that will dampen the production of violent people with a grudge against the United States.

With the current prognosis for anthropogenic global warming I'd even kick loose the first "interest". I think that the United States should be committed to reducing, not securing, its need for petroleum. Let the Iraqis and Saudis sell the stuff to the Philippines. The sooner the U.S. becomes independent of the need for fossil fuels, the better.

But would it work? I'm not sure it would "work" completely. For one thing, the United States has spent much of the last half-century fucking up and pissing people off in the Middle East - see the timeline at the top of the page - going back to the Mossadegh coup in the Fifties. There's a lot of deeply-ingrained hatred (and a lot of that pretty well justified, I'm ashamed to admit...) there.

But old grudges do eventually die, and I think there's a hope that a United States that transitions to a genuinely neutrally disinterested party might eventually benefit from a lack of animus in the region.

I think the real problem with this would be U.S. domestic politics. For one thing, the American "conservative" (i.e. radical reactionary) movement is entirely committed to an unquestioning embrace of Israel and a reflexive hate and fear of political Islam. No contemporary Republican, and even some right-leaning Democrats, would forego Islamophobia, and tongue-bathing Israel is a bipartisan reflex. I don't think there is a Republican that could convince his or her party to abandon the former, and both parties seem incapable of releasing the latter.

One 9/11-type incident and the rage and fear that created the current disasters that are Afghanistan and the Fertile Crescent would come roaring back.

Add to that all but the furthest fringes of the U.S. political Left retain a Cold War sort of fear of Great Power insignificance in the global hustings. To put it bluntly, few Americans - politicians or ordinary citizens - would be able to sit back and accept "We're NOT Number One!" in the less-paved parts of the globe. Were Russian or Chinese - or both - influence begin to grow in a post-U.S.-involved Middle East I find it highly likely that the cries to return to the region in force would be irresistible. I think the instincts of American hegemony are too strong; otherwise the PNAC "New American Century" nonsense would have collapsed from pure derision and scorn, instead of, as it has, finding one of the most strident America-Firsters elevated to the point of advising on "national security".

My unfortunate conclusion is that the domestically-do-able policies for Syria - and, by inference, the greater Middle East - are neither sane nor workable, and the sane-and-workable policies are not politically do-able...without a massive and thoroughgoing reconstruction of the United States political order.

In other words, the problem here isn't the Middle East, as troubled as that region may be. The problem is that the current political (and social) tenor of the United States won't allow a U.S. government to make a sensibly sane and workable policy towards the Middle East.

To change our skies, then, we would have to change ourselves. Are We the People capable of doing that? 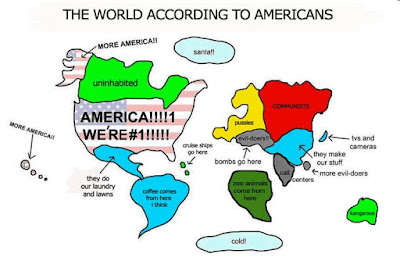 I'd like to believe so. But having observed American political life for forty years...I am not optimistic.