Back in February we talked about the possibility that the Department of Defense might get a massive infusion of taxpayer bucks under the GOP, although said Department had neither requested such largesse nor seemed to know exactly what to spend it on.

One day after our post went up here a U.S. Army major laid out the most important problem with this war-fattened budget:

"In fact, money is not the solution — it may actually be contributing to our problems. Enormous budgets and unclear strategy allow us to ignore hard choices. Since the advent of the All-Volunteer Force (AVF), America has skipped the “guns vs. butter” argument entirely. Instead of hard choices, America used debt to outsource its wars to a small cadre of competent, capable, but increasingly distant professionals. Former Defense Secretary Bob Gates once remarked that we spend more on military bands than diplomacy. Too much money has allowed the military to dominate what should be whole-of-government decision making."

Many of our bar staff here have hammered on this point - I'd give Ranger Jim the Employee of the Month award for constantly reminding us - that tactics aren't strategy and warfighting isn't policy.

It is abundantly clear that Trump hasn't a clue here; he says himself that he gets his military information mostly from television shows (largely Hogan's Heroes and F Troop, from the look of it...) so if there's going to be an actual strategy guiding all this spending it won't come from the Oval Office. And, as we discussed here a little while ago, it appears that the grown-ups like McMaster and Mattis aren't getting listened to; it's All-Bannon all the way down, whispering in Trump's orange ear like a dyspeptic-looking Grima Wormtongue.

At this point is there a chance that all this extra cash for things that blow up won't be used to keep pointlessly blowing things up? And, if so, how? What could possibly break the "Washington Rules" and end the seemingly unending search for monsters to destroy? 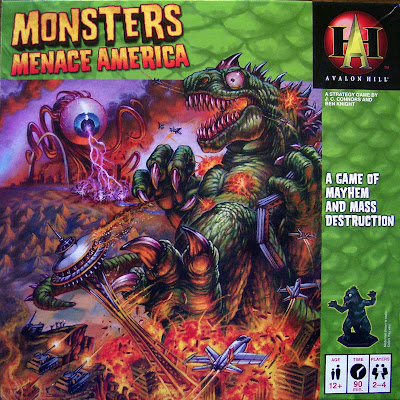 I don't see anything, but I'm a pessimistic old sergeant. Anyone out there see a glimmer of hope?
Posted by FDChief at 3:25 PM